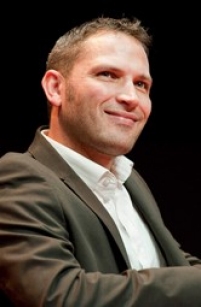 In this talk I will discuss recent advances in brain decoding, an emerging technique that relies on the use of artificial intelligence tools (such as machine learning) to unravel the neuronal bases of healthy cognition and brain disorders. The basic concepts underlying this data-mining approach will be introduced and several examples from ongoing work in my lab will be presented. I will discuss future perspectives, controversial issues and current challenges.

The research focus of his group lies at the cross-roads between computational, systems and cognitive neuroscience. The research he leads seeks to elucidate the role of large-scale brain network dynamics in normal cognitive processes and their breakdown in psychiatric disorders. To this end, his research relies on a combination of invasive (intracranial electroencephalography, iEEG) and non-invasive (EEG and MEG) recordings, combined with advanced signal processing and artificial intelligence tools, including machine learning.

Karim Jerbi is interested in inter-disciplinary research questions such as the neural basis of attention, decsion-making, states of consciousness and sleep, and has a keen interest in various forms of interaction between art, creativity and neuroscience.