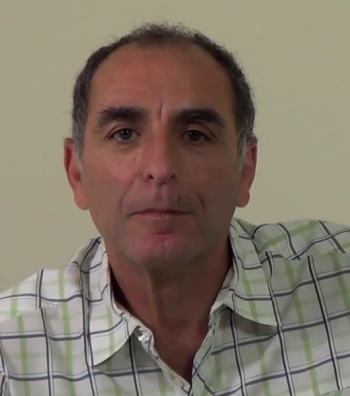 The goals of the talk will be to present the clinical picture of concussion and mild head injury with an emphasis on sports and motor vehicle accident victims. Functional magnetic resonance imaging and event-related potentials data obtained from athletes with persistent post concussive symptoms, particularly depression, will be described. Serial functional neuroimaging studies suggestive of recovery will also be introduced. Data obtained with children aged 10-17 will be discussed and compared to those of adults. Individual functional magnetic resonance imaging and event-related potentials data will also be presented to illustrate the potential of these tools in a clinical setting. In addition, new data on potential new treatments with neuromodulation (rTMS and stimulation of the tongue) in mild TBI and multiple sclerosis will be presented.

Dr. Alain Ptito is Professor of Neurology and Neurosurgery at McGill University. He has worked as a Neuropsychologist at the Montreal Neurological Institute and Hospital since 1983 and he is now Director of the Psychology Department at the MUHC and a medical scientist at the Research Institute of the MUHC. Dr A. Ptito’s research program involves the investigation of the mechanisms involved in cerebral reorganization and plasticity in patient populations (hemispherectomy, callosotomy, Parkinson’s Disease, stroke and head injury) and his clinical work includes the neuropsychological assessment of these patients. One of his principal research focus has been the investigation of the residual visual abilities (blindsight) of patients following a rare procedure called hemispherectomy, the surgical removal or disconnection of a cerebral hemisphere.

Dr. Ptito studied Clinical Psychology at McGill University (1975), and obtained post-graduate degrees in Experimental Psychology (1979) and Neuropsychology (1986) from the Université de Montréal. His doctoral thesis examined residual vision in the blind field of patients who underwent a hemispherectomy. He is a member of the Order of Psychologists of the Province of Quebec and of the Société des Experts en Evaluation Médico-légale du Québec. Dr. Ptito has served as Vice-Président of the Chercheur-Boursier Committee of the Fonds de la Recherche en Santé du Québec and he has been a member of several consensus panels on guidelines for traumatic brain injury.

In recent years, Dr. Ptito has explored new methods of using fMRI for examining brain trauma. In athletes, he has been using fMRI to investigate the neural mechanisms underlying working memory. Thanks to support from CIHR, he has been able to carry out baseline fMRI and neuropsychological testing with hockey and football varsity athletes and to repeat the tests immediately after concussion and subsequently until symptom resolution. More recently, he has been investigating mild traumatic brain injury in motor vehicle accident victims and in children with funding from CIHR, the Department of Defense and the Ontario Neurotrauma Foundation. In addition, with NSERC support, Dr. Ptito continues to investigate hemispherectomy and its effects on vision.

With recent support from the CFI, his team will acquire an Ultra High Performance MRI system (housed at the Montreal General Hospital) that will help observe the brain’s response to trauma with improved precision. This knowledge will allow the development of new diagnostic tools and treatments to help thousands of Canadians who suffer head injuries every year.