This event is presented by Concordia’s Department of Journalism, celebrating its 40th year of great journalism education, and Thinking Out Loud, Concordia’s Ideas Festival.

The post-election landscape — can Quebec and Canada really get along?

This event has reached capacity attendance. 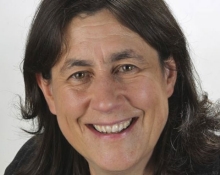 Since then she has reported in French and in English on Canada’s constitutional and referendum wars, the 1988 free-trade debate as well as the more recent rebirth of the Conservative movement.

In addition to her columns, Chantal is a regular member of the CBC’s At Issue panel, broadcast weekly on The National. She is a member of the Order of Canada.

Francine Pelletier, the 2014 Michener-Deacon Fellow for Journalism Education at Concordia, has worked as a journalist for over 30 years for both French and English Canadian media.

She delivered the 2015 Reader’s Digest Annual Lecture Series in Journalism.