#4thSpaceReruns: Life and Its Definers, A Roundtable Discussion 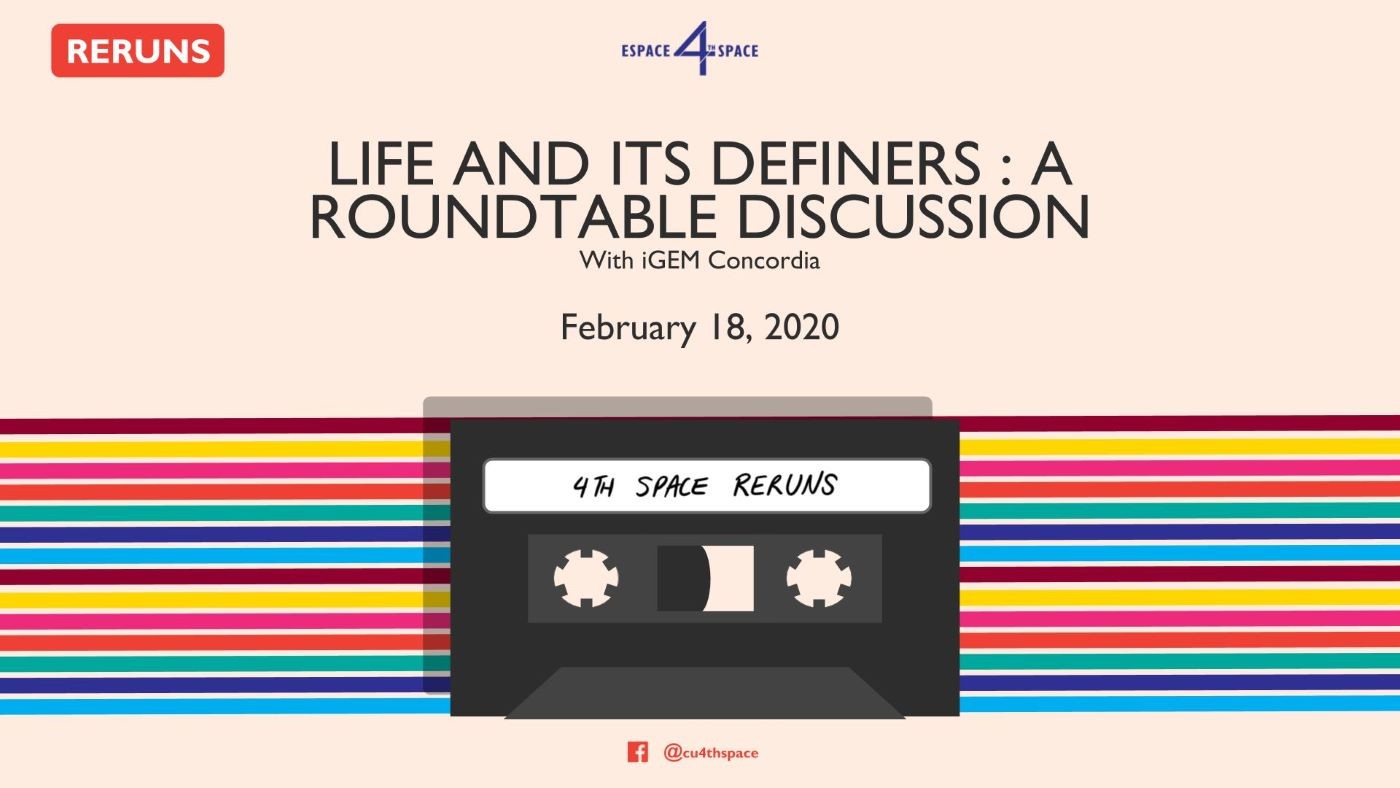 For the duration of the #4thSpaceReruns series, 4TH SPACE is bringing you a curated selection of live streams from engaging past events as part of CU at Home. Join us via our Facebook page every other Tuesday and Thursday at 7 p.m. for a new #4thSpaceRerun!

On February 18, 2020, as part of its Rethink, Recreate, Reinterpret programming, 4TH SPACE hosted "Life and Its Definers: A Roundtable Discussion." Starting from a place of positive speculation, this conversation was a way to introduce new audiences to the field of synthetic biology and tackle some of the most important questions preoccupying its experts, including ethics, science history, or a futuristic vision of an Avatar-like world. Join the conversation as they consider, “if everything is possible, what now?"

Watch the rerun of the Life and Its Definers Roundtable here, featuring a new intro by Kenza Samlali, a PhD candidate at Concordia’s Centre for Applied Synthetic Biology.