Step, slide and shuffle your way through this lunch-hour workout and learn a few steps of choreography worthy of a musical. 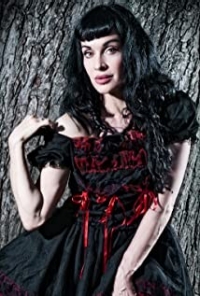 Danielle Hubbard has been performing since the age of four. A multi-talented performer, she is a singer, actor, dancer and circus performer.

At the age of 18, Danielle began touring throughout Canada and the U.S., most notably spending 10 years with Brouhaha Danse. She also performed throughout Europe, touring with Exos Performance Project based in Geneva, Switzerland. Danielle’s filmography includes independent films for the Fantasia film festival, performing her own stunts as a ninja queen warrior in the film Cul-de-Sac and as the lead role in CQ2.

Her work is as eclectic as the music to which she performs. Danielle also started a one-of-a-kind class in Montreal called Ragedance. In 1994, her dance workouts were introduced to Concordia’s Department of Recreation and Athletics and she has been teaching at the Le Gym ever since.