Join us for a conversation with distinguished alumnus, Richard Howe, BEng 88, Chairman and CEO of Inuvo Inc.

Richard will discuss how he transformed a once failing company into a market leader in artificial intelligence and how his organization is leveraging AI to solve problems and drive innovation.

Richard will be joined by Tristan Glatard, Associate Professor in Concordia's Department of Computer Science and Software Engineering and Canada Research Chair on Big Data Infrastructures for Neuroinformatics. 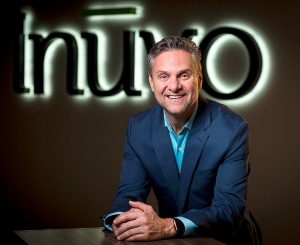 Richard Howe is an accomplished entrepreneur and technology executive who is currently the Chairman and CEO of artificial intelligence technology innovator Inuvo — a $65 million a year business that has reimagined how information is captured and used to create online audiences for brands and agencies.

Rich is a patented inventor having specialized in machine learning, analytics and big data technologies that have addressed problems in marketing, fraud detection and risk management. Among his experiences, he was a senior executive at FinTech innovator Fair Isaac, the inventor of the FICO analytic score which profoundly changed the way credit worthiness is evaluated in North America, was Chief Strategy Officer at the Acxiom Corporation, a marketing technology information processing pioneer, and a member of the team at HNC Software that commercialized neural network-based technologies that are used to this day across North America for the prevention of credit card fraud.

Rich also sits on the boards of two startup technology companies and is active in various philanthropic and government initiatives, having served on numerous governor-appointed commissions for the advancement of technology in the state of Arkansas. 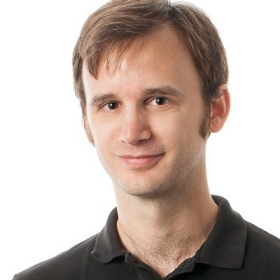 His research goal is to build platforms for the efficient and reproducible processing of Big Data. The main applications of his work are in medical image analysis, in particular neuroimaging.

He is also adjunct professor at McGill's School of Computer Science and was previously a researcher at the French National Center for Scientific Research. 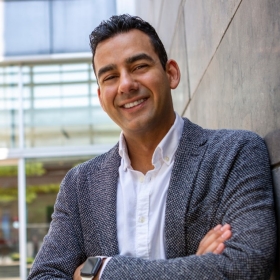 Emad Shihab is the Associate Dean of Research and Graduate Studies, as well as an Associate Professor and Concordia Research Chair in the Department of Computer Science and Software Engineering.

Emad mines historical project data and applies Data Mining, Artificial Intelligence and Statistical Analysis techniques to build pragmatic solutions that practitioners can use to maximize their software quality with the least amount of resources. Some of his research has been done in collaboration with and/or adopted in industry by companies such as Avaya, Microsoft, BlackBerry and Ericsson.