English Seminar of the NLS-Quebec 2022: Freud's Introductory Lectures on Psychoanalysis 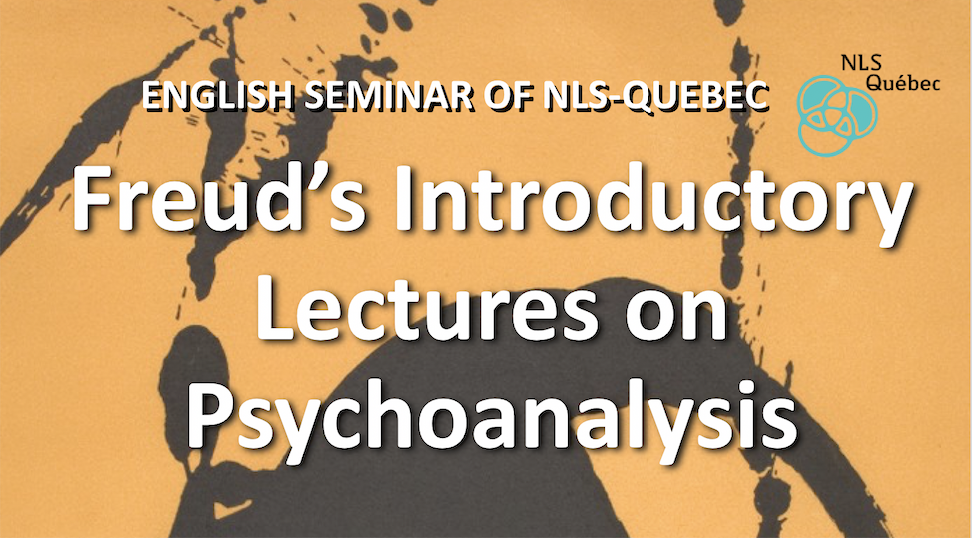 Session 3: Fixation and Repetition in the Symptom presented by Ruzanna Hakobyan

The Introductory Lectures on Psychoanalysis were published between 1915-1917, in the period of the First World War. They consist of eighteen lectures organized by Freud into three parts: Parapraxes, Dreams and General Theory of the Neuroses.

In these lectures, Freud not only introduces the subjects which he has been developing until then, but also he introduces the position of psychoanalysis at that time. Even if some lectures were not given in the University, Freud preferred to keep the lecture formula with questions and answers as a method of expressing his opinions while maintaining contact with his audience, "whether it was real or supposed."

In the Preface to the Hebrew translation Freud published fifteen years later, Freud will specify that these lectures not only offered an introduction to psychoanalysis, but also most of the content of the latter.

This year’s seminar, dedicated to the reading of the Introductory Lectures, will comprise three sessions. The first will be devoted to the study of the first four conferences on Parapraxes and examined from the perspective of Lacan’s reading in his Seminar V.

The second will resume in detail the conferences devoted to the work of the dream (Lectures 5-15). For the final session, we will study Lectures 17, 18, and 23 to address the question of the formation of the symptom in its articulation with fixation, which will be guided by the theme of the next NLS congress: Fixation and Repetition.

Ruzanna Hakobyan is a psychoanalyst in Montréal, member of the World Association of Psychoanalysis (WAP-AMP) and of the New Lacanian School. She teaches in the clinical studies program of NLS-Québec and the monthly seminar of Pont Freudien. She is the author of numerous articles and her texts have appeared in the journals Hurly-Burly, Mental and The Lacanian Review.

The seminar is open for everyone.