Opportunities and challenges: Individual empowerment, the future of news and civic engagement online

Office of the Vice-Provost, Digital Strategy 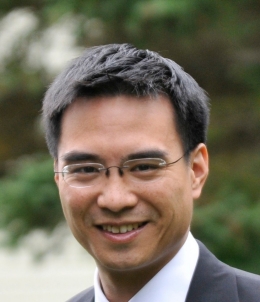 Kevin Chan is head of Public Policy, Canada for Facebook and Instagram. In this capacity he leads both platforms' public policy efforts in Canada, engaging in an ongoing dialogue with the policy community on a broad range of issues that impact the internet sector.

A member of the 2017 Selection Board for the Canada Excellence Research Chairs, Chan also serves on the boards of directors of Kids Help Phone, the Canadian American Business Council, and MediaSmarts. He also sits on the Dean’s Council of the Ted Rogers School of Management and Canada 2020's advisory board.

Prior to joining Facebook, Chan was deputy secretary-general of McGill University and a non-residential fellow at Stanford's Center for Internet and Society. Earlier he served in executive roles in the federal public service including director, Office of the Clerk of the Privy Council.

He began his career as a management consultant at Monitor Deloitte. He co-founded DreamCatcher Mentoring, an e-mentoring organization for northern Canadian youth, and has held visiting appointments at Simon Fraser University's School of Public Policy and its Undergraduate Semester in Dialogue. He served a term on the board of Big Brothers Big Sisters of Canada.

Chan graduated from Harvard Kennedy School, the Ivey Business School and the Royal Conservatory of Music. Selected an Action Canada Fellow and a CommunityShift Fellow for not-for-profit leaders, he is a recipient of the Public Service Award of Excellence and the Queen's Diamond Jubilee Medal.

In 2017, he was awarded the Meritorious Service Medal in recognition of outstanding accomplishments that bring benefit to Canada.