Adapting to a digital world that is here to stay

Since 2014, Marie Josée Lamothe has been managing director of branding and managing director of Quebec at Google Canada. She has overseen the incredible growth of Google's presence within both Quebec and Canada during this time and has had a front-row seat to what can be called a “tech renaissance.”

Montreal is a city that is culturally vibrant with its musicians, athletes and artists having global recognition. It is also a place where amazing advances in artificial intelligence and machine learning are flourishing in the start-up scene, and beyond.

Facing uncertainty around the world, how does Canada and Montreal, specifically, seize the moment? Lamothe will share her insights on how we can adapt as individuals, across all industries, to a digital world that is here to stay. 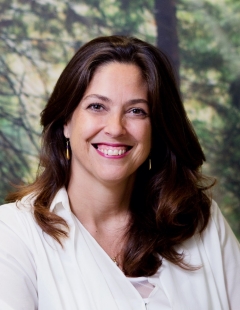 A 20-year veteran of the competitive world of consumer product marketing, Lamothe is best noted for her expertise in international management and branding. Prior to joining Google Canada, she held various leadership roles during her 12 years at L’Oréal where her mandate was to leverage the strengths of digital to help the company’s 33 beauty brands compete.

She is a board member of Pharmacie Jean Coutu, Reitman’s Canada Limited, the IRCM Board (Montreal Clinical Research Institute). She was also appointed by the Treasury Board of Canada to the Audit committees for both the Employment and Social Development of Canada and the Canada Border Services Agency.

She was recently appointed to the 2017 Advisory Council on Economy and Innovation for the Government of Quebec and is also a member of Canada 150 Research Chairs Multidisciplinary Review Panel, which aims to award research chair positions to Canadian universities and enhance Canada’s reputation as a global centre for science, research and innovation excellence.

Lamothe’s contribution to the advancement of society has been recognized with an honorary diploma from the Université de Montréal. InfoPresse nominated her as a Personality of the Year in Quebec.

She was named one of Canada’s Top 100 Most Powerful Women in the Financial Post and Canada’s Marketers of the Year by Strategy magazine. Forbes Magazine recognized her as one of the Top Minds to Follow in North America.

Lamothe is a graduate in Mathematics and Economics from the Université de Montréal.