Sharing a love of science, a drive for change

As more and more planets are discovered circling other stars, it is becoming clear that the Earth is indeed rare. It is also small. This presentation will illustrate how little water and habitable land our planet has to support seven billion plus people. At the moment we seem to be eating and burning up everything around us, which is not sustainable in the long run. Engineering offers a way to find alternative means to turn wheels, move from place to place, keep warm and feed ourselves without consuming everything in sight. We will look ahead to emerging technologies and innovative ideas that can lead to a clean, healthy future.

Registration for this event is required. 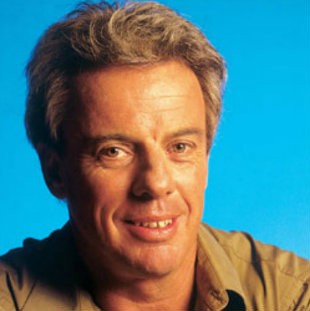 Loved by audiences across Canada for making complex scientific issues understandable, meaningful, and fun, Bob McDonald is in high demand. A fixture in broadcasting for more than 30 years, he is currently the host of CBC Radio’s Quirks & Quarks, the award-winning science program that is heard by 500,000 people each week. He is the author of numerous bestselling books, and a member of the Order of Canada.

In addition to hosting Quirks & Quarks, McDonald is a regular reporter for CBC TV’s The National. As a writer, he has authored three science books, and contributed to numerous science textbooks, magazines, and newspapers, including The Globe and Mail. His latest book is Measuring the Earth with a Stick.

McDonald has been honoured for his outstanding contribution to the promotion of science within Canada. He is a recipient of the “Michael Smith Award” from the Natural Sciences and Engineering Research Council; the “Sir Sanford Fleming Medal” from the Royal Canadian Institute; and the “McNeil Medal” from The Royal Society of Canada. He also won a 2008 Gemini Award for “Best Host in a Pre-School, Children’s or Youth Program or Series.” He holds six honorary doctorates from Canadian universities.