Oct 12: Where do investor relations matter the most?

Presented by the Lawrence Bloomberg Research Chair, the Luc Beauregard Centre of Excellence in Communications Research and the Stephen A. Jarislowsky Chair in Corporate Governance 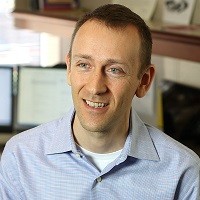 Join us for a talk where Francois Brochet of Boston University will present his research which tests the hypothesis that the marginal benefit of investment in investor relations (IR) is greater in countries where capital market institutions are generally less developed and tailored to a more concentrated ownership structure.

His research uses a large panel of survey-based annual IR rankings of German and U.K. companies to study the marginal benefits of IR using within-firm variation. His findings indicate that IR quality in Germany exhibits a positive association with capital market visibility, liquidity, and firm value and a negative one with information asymmetry and uncertainty as well as cost of equity capital – and significantly more so than in the U.K. In a broader European sample, he finds that the benefits of IR accrue more significantly to firms located in countries where i) corporate ownership is more concentrated and ii) capital market institutions are weaker.

Overall, the evidence suggests that IR provides greater marginal benefits in markets where demand for this type of shareholder communication has been historically lower.