This festival of 20 to 30 minute plays created by students runs from November 6 through 10. There are five plays in total, shown in two programs. Scroll down to read more.

Tickets available online or at the door. 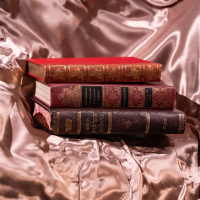 Statuary is a contemporary retelling of the highly-romanticized Pygmalion myth from the perspective of his statue-turned-wife, Galatea. Combining passages from Ovid’s Metamorphoses and contemporary dialogue, this two-person play explores the issues of consent control and agency in abusive relationships.

Director's note: I have always been somewhat perturbed by the androcentric nature of literature. Up until recently stories were written by men for men and about men. Women would come and go as a means of serving men and fulfilling their desires, but were never fully fleshed out people themselves. I wanted to subvert this by giving the female, quite literally, a voice. A chance to depict what reality may have looked like beneath a poet’s sweet nothings. A chance to discuss core issues that, despite strides we have made, have transcended time. - Taylor Paskar 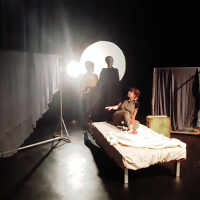 A heartbeat. A raven. A thunderstorm.

Between worlds of memory and madness, Evermore, Edgar is a puppetry piece that tells the story of poet Edgar Allan Poe, haunted by the perverse tales of his own creations.

Director's note: This piece was particularly intriguing for me in the way that it uses bold fantastical images to grapple with certain pains of Edgar's human experience. As lines blur between the real and the imaginary, we come to see a retelling of Poe's tales that questions the man behind the words. One of the ways in which we embodied and navigated the exploration of the artist-creation relationship was through building the puppets ourselves- allowing each actor and puppeteer to have agency in the design, mechanism and operation of the puppets. It was important to us that in the creation of this production we used almost entirely repurposed, found or borrowed materials to create our puppets, sets, and costumes. - Mariia Masha Bashmakova

A special thank you to Emme Geryk, original puppeteer for Noname & Zachary 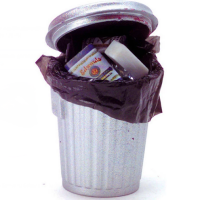 GARBAGE PARIS exemplifies just how hard it is to have conversations in contemporary society. Exploring the intricacies of misogyny, queer culture and power dynamics, we want to know what makes you uncomfortable.

Director's note: GARBAGE PARIS is a piece that shows us both good and bad examples of how we can talk about the things that make us feel uncomfortable. This show explores messy conversations of power dynamics and misogyny in queer culture. We hope that these difficult conversations continue to be had. - GARBAGE PARIS Team 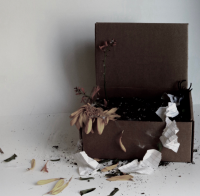 The Web We Weave

Upon piles and piles of moving boxes, Alice and Jamie find themselves uncovering more than just the stuff they packed away. The Web We Weave tells the story of what it’s like to care for people with a mental illness.

Director's note: Borderline personality disorder is one of the most heavily stigmatized mental health conditions. Judgements, blame, negative assumptions of being “just dramatic” causes a person with Borderline to feel ashamed and attempt to hide their suffering. Due to these assumptions Borderline personality disorder is the most misdiagnosed mental health condition. Causing the person a lack of services for them and their partner/caregiver, until they reach their highest point.

The Web We Weave is representing the moments in a relationship with someone diagnosed with borderline personality and the ups and downs. Alice and Jamie are just trying to create the perfect web to live in, but is a web a spider creates ever perfect?

I want to thank my team for making this all happen, and my actors for taking risks and Jennifer Nguyen for trusting and allowing me to tell her story. - Ariane Janisse 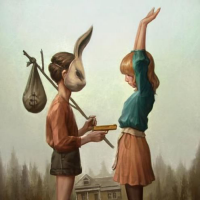 The Killing of A Sacred Duck

The Killing of A Sacred Duck is an exploration of what it’s like to be a young woman growing up in a world in which sex is so often tied to violence. It is an exploration of the grey zones of our sexual experiences, and an inquiry into the sacredness of a child’s body.

In this audience interactive production the audience will make choices along the way.

Will Delilah “Quack like a duck?” or “Hide behind her feathers?”

Director's note: Last spring Madison and I decided we wanted to make something together. Then we rifled through old bits of writing we had collected and shared them with one another, imagining the stories that could evolve in the hot summer months to follow. We knew the subject matter we chose would be easier to face through fiction. Heather O'Neill taught us that. No we've developed scenes in rehearsal that within a three night run will never be shown because there are a thousand possible combinations for the performance. Thousands of grey zones. A story will always be different and will never be told the same. - Jonathan Stern

The creation of this play was heavily influenced by Heather O'Neill and her depictions of violence in The Girl Who Was Saturday Night, and Lullabies for Little Criminals. It is our hope that by playing out some of the grey zones of the human sexual experiences on stage that we may begin to unpack and address them. - Madison Phyper 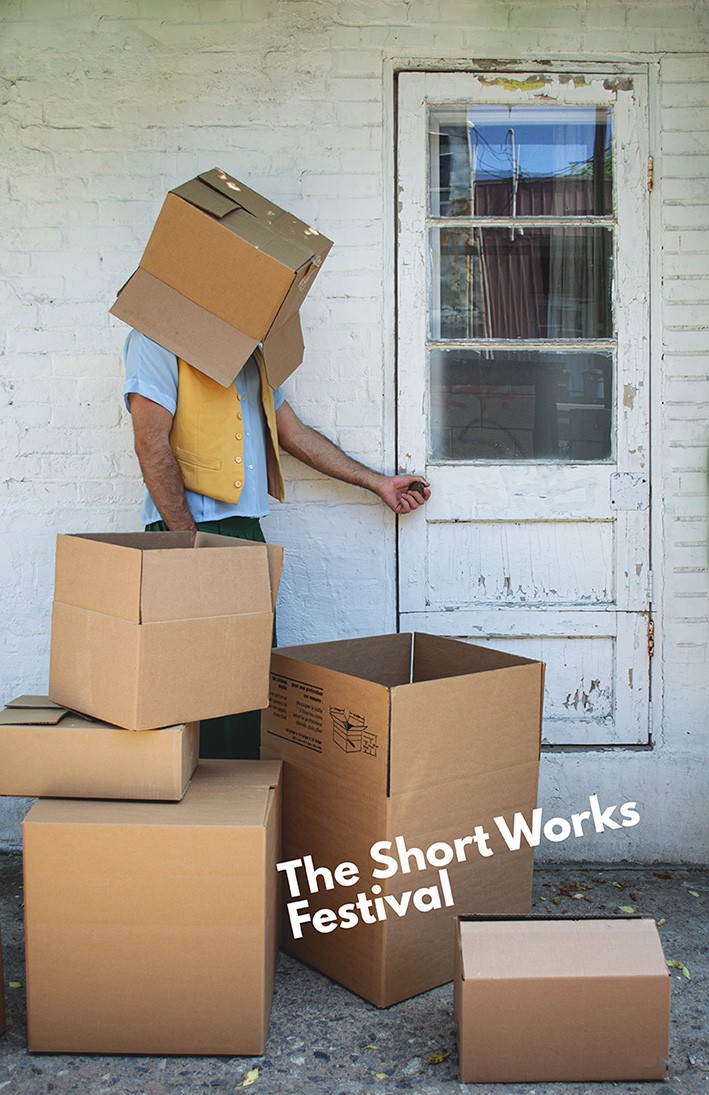