Concordia Laptop Orchestra (CLOrk) invites you to its year end spectacle. A night of live multimedia performance including improvisational and conducted orchestrations for laptops, live electronics, hardware, and choir. Live-coded visual projections and lighting will integrate with the sound to create an immersive and unforgettable experience.

About QUADr
QUADr is an electroacoustic quartet for audiovisual performance and composition, comprised of Pierre-Luc Lecours, Myriam Boucher, Lucas Paris and Alexis Langevin-Tétrault. Using foley techniques, modular synthesizers, a graphics tablet and visual projections, they build an abstract audiovisual narrative and a performance focused on the musical interaction between performers. Immersed in audio-reactive visual projections, the musicians play on modified bicycle wheels with which they create a large variety of electronic sounds, from deep impacts to bowed strings harmonies, interpreting the electroacoustic composition /cYcle written by the ensemble. The artists take up different roles, constantly changing the stage dynamic and revealing new instruments and new musical interactions throughout the show. Lecours, Boucher, Paris and Langevin-Tétrault, composers and performers of post-rock, acousmatic and electronic music, bring you a unique creation: dark and at the forefront of technological experimentations and musical innovations.

About Choeur Élan
Choeur Élan, based in Mile End, Montreal, is an open community choir. Originally formed by Kathy Kennedy at Naada Yoga, the choir is now directed by Damaris Baker. It has evolved to perform a variety of styles and genres, from choral part songs to vocal improvisations and sound exploration.

About CLOrk
Established in 2011 by Dr. Eldad Tsabary, Concordia Laptop orchestra (CLOrk) is a large laptop ensemble (20-25 performers), which operates as a course for advanced electroacoustic majors at Concordia University’s Music Department. The curriculum is built around highly participatory planning, production, and realization of innovative interdisciplinary and networked laptop orchestra performances within an action research framework. The process of creation and performance is highly collaborative, transformational, and adaptable to students’ interests and abilities and to the varying contexts of CLOk’s performances. Since its establishment, CLOrk has collaborated with symphonic, chamber, jazz, and laptop orchestras; soloists; dancers; VJs; and others; always updating its modes of interaction, its technologies, improvisational approaches, and musical expression. Every CLOrk performance is designed for trialing something new while building on past experiences and skills. The focus on innovation (in sounds, processes, hearing skills, mediation types, interdisciplinary collaboration, technologies, techniques, and learning modes, among others) introduces practical and philosophical challenges to the creative process, and opportunities to apply new educational approaches. 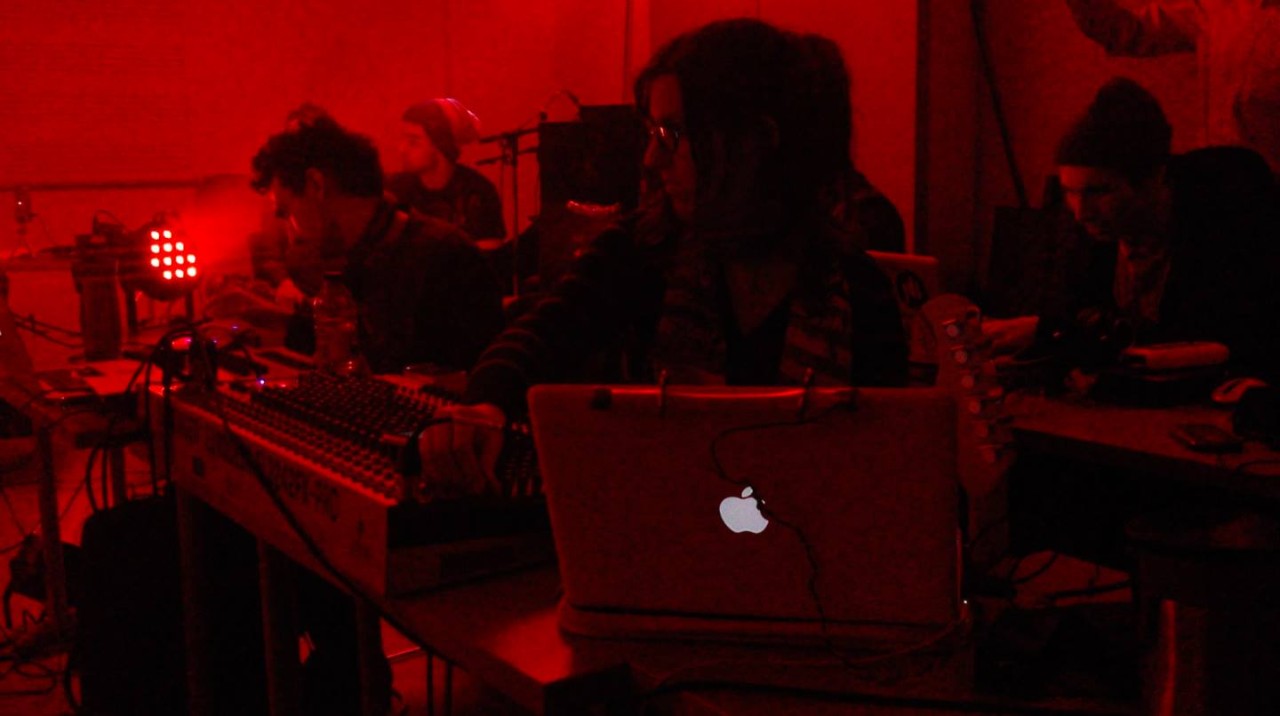