The Political Aesthetics of Public Art in a Democracy 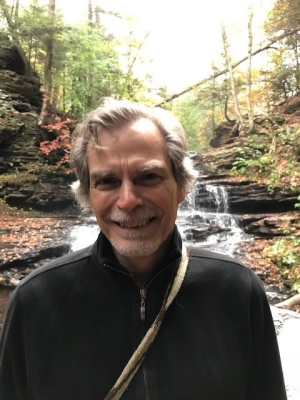 Democracy inherently questions its own identity. It therefore allows public art to explore its values critically and to suggest new ones. But it also facilitates artworks that can surreptitiously or fortuitously undermine democratic values. As bigotry and authoritarianism rise and democratic movements combat them, the struggle over the values enshrined in the public arena takes on new urgency.

Fred Evans develops a political-aesthetic criterion for assessing how public art can respond to the fragility of democracy. He considers such artworks as acts of citizenship, pointing to their capacity to resist autocratic tendencies, reveal new dimensions of democratic society and enliven their political intimations with aesthetic verve.

Through close considerations of a broad range of public artworks in the United States, and in conjunction with a political ontology that views society as a “multivoiced body,” Evans shows how public artworks participate in democratic dialogues. This consideration of contemporary art, aesthetics and political theory indicates how thoughtful public artworks can contribute to the flourishing of a democratic way of life — and how others can do the opposite.

But the criterion he arrives must be as flexible as democracy should be; it must therefore be what contemporary philosophers call an “event” and oppose to more static concepts.

Fred Evans is professor of philosophy and Coordinator for the Center of Interpretative and Qualitative Research at Duquesne University. He is the author of Psychology and Nihilism: A Genealogical Critique of the Computational Model of Mind (SUNY Press, 1993); The Multivoiced Body: Society and Communication in the Age of Diversity (Columbia, 2009, 2011); Public Art and the Fragility of Democracy: An Essay in Political Aesthetics (Columbia, 2019) and coeditor of Chiasms: Merleau-Ponty’s Notion of Flesh (SUNY Press, 2000).