Memory and Multiculturalism: The limits of remembering the victims of ‘honour killings’ 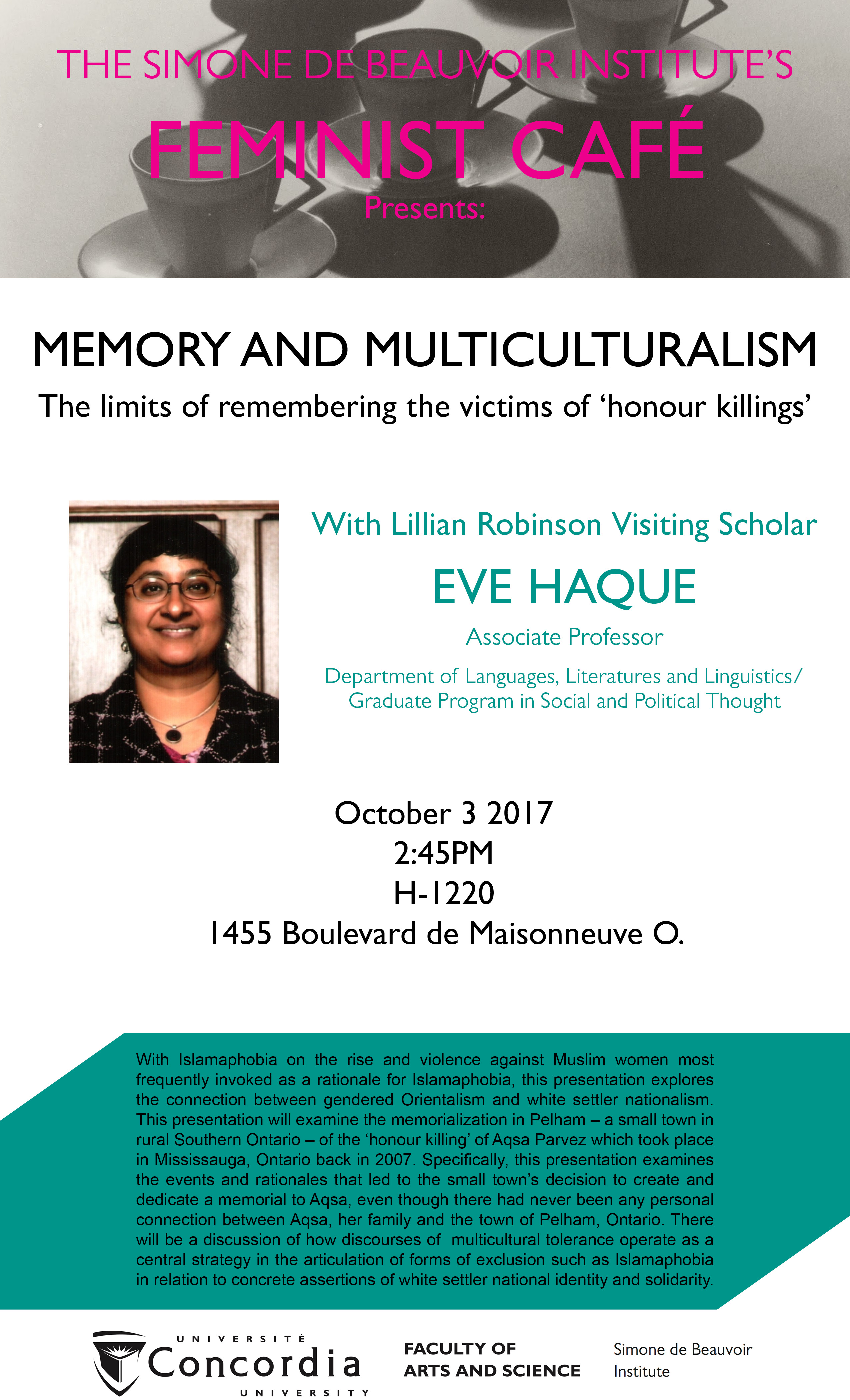 With Islamaphobia on the rise and violence against Muslim women most frequently invoked as a rationale for Islamaphobia, this presentation will contribute to the discussion that examines the connection between gendered Orientalism and white settler nationalism, specifically in Canada (Zine, 2006; Razack, 2007; Jiwani, 2010).  This presentation will examine the memorialization in Pelham – a small town in rural Southern Ontario – of an ‘honour killing’ which took place in Mississauga, Ontario back in 2007. On September 18th, 2009 at the town square in front of Pelham town hall, a granite memorial bench was dedicated to Aqsa Parvez, a 16 year old Canadian Mississauga high school student murdered by her father and older brother on December 10, 2007. This presentation will examine the specific events and rationales that led to the town’s decision to create and dedicate a memorial to Aqsa Parvez, even though there had never been any personal connection between Aqsa, her family and the town of Pelham, Ontario. In particular, discourses of multicultural tolerance will be examined to understand how they operate as a central strategy in the articulation of forms of exclusion such as Islamaphobia and concrete assertions of white settler national identity and solidarity.

Eve Haque is an Associate Professor in the Department of Languages, Literatures and Linguistics at York University. Her research and teaching interests include multiculturalism, white settler nationalism and language policy, with a focus on the regulation and representation of racialized im/migrants in white settler societies. She has published in such journals as Social Identities, Journal of Multilingual and Multicultural Development  and Pedagogy, Culture and Society, among others. She is also the author of Multiculturalism within a Bilingual Framework: Language, Race and Belonging in Canada (University of Toronto Press, 2012).