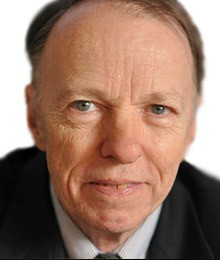 As Churchill once observed, “democracy is the worst form of government, except for the others that have been tried from time to time…”

In this two day workshop, we examine the state of democracy in the world today, focusing particularly on the quality of Canadian democracy in comparison with that of other countries. Utilizing the framework employed in the fourth edition of Comparing Democracies, we will examine critically the state of democracy in the 21st century, its varying institutional forms, the role of elections in the democratic process, and the linkages between citizens and government.

Among the questions raised are: Is the distinction between democracy and autocracy as rigid as it often seems? Are free and fair elections the core institutions of democracy, or does the fundamental concept of democracy involve more than electoral politics? Can governments really be held accountable to their citizenry? Are citizens, even in established democracies such as Canada, satisfied with the performance of their democratic institutions? Is there a “democratic deficit” in Canada today? What can be done to sustain and improve the quality of democracy? Are there lessons that we can learn from democratic practices in other countries?