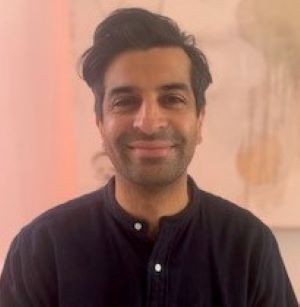 This paper concerns the theme of "positive negation" I developed in my book Merleau-Ponty Between Philosophy and Symbolism: The Matrixed Ontology. I hope to re-introduce the topic of negation in Merleau-Ponty to those who may not be very familiar with his work. There is a basic ambiguity in Merleau-Ponty’s ontology between the reversibility of flesh and its écart. Where the former suggests continuity between the sensing and the sensed, the latter suggests their separation. It is difficult to know from reading The Visible and the Invisible which should be given priority or how one might be read one alongside the other. However, when we think through negation in Merleau-Ponty's ontology, a specific articulation of the relation between reversibility and écart comes to light. His ontology becomes one of difference or differentiation rather than identity or identification. Such an ontology is, I argue, prefigured in Merleau-Ponty’s work on passivity and its symbolic formation. The idea is that differentiation happens at the level of, or even within, the body and is what precedes identity; and this differentiation, being a symbolic formation of identity, is neither intentional nor a fundamental ontological ground. The final section of the paper is thus a consideration of “the implex,” a term Merleau-Ponty borrows from Paul Valéry, along with “chiasm," to describe a symbolic formation that resists sensation from inside sensation.

Rajiv Kaushik is Professor of Philosophy at Brock University. He works in the areas of phenomenology, hermeneutics, aesthetics, and psychoanalytic theory. He is the author of three books on Merleau-Ponty, Art and Institution (2011), Art, Language, Figure in Merleau-Ponty (2013), and Merleau-Ponty Between Philosophy and Symbolism: The Matrixed Ontology (2019), and is co-editor (with Emmanuel Alloa and Frank Chouraqui) of Merleau-Ponty and Contemporary Philosophy (2019). Rajiv is currently Managing Editor of Chiasmi International: Trilingual Studies Concerning Merleau-Ponty's Thought.