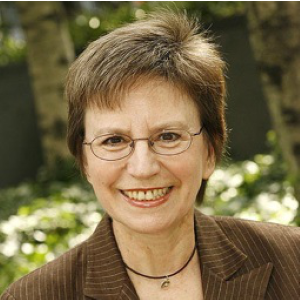 Dr. Carol C. Gould is Distinguished Professor in the Philosophy Department at Hunter College and in the Doctoral Programs in Philosophy and Political Science at the Graduate Center of the City University of New York, where she also serves as Director of the Center for Global Ethics & Politics at the Ralph Bunche Institute for International Studies. She is Editor of the Journal of Social Philosophy.

A native New Yorker, Gould received a BA from the University of Chicago and a PhD from Yale University. Prior to joining CUNY in 2009, she taught at Lehman College, Swarthmore College, Stevens Institute of Technology, Columbia University, George Mason University, and Temple University. Her research addresses hard questions in social and political philosophy, with particular attention to the relationship between theory and practice. Her interests range across democratic theory, the philosophy of human rights, problems of global justice, feminist philosophy, and critical social theory.

Gould is the author most recently of Interactive Democracy: The Social Roots of Global Justice, published by Cambridge University Press in 2014. It received the 2015 Joseph B. Gittler Prize from the American Philosophical Association. Her previous authored books include Globalizing Democracy and Human Rights (Cambridge University Press, 2004), which won the 2009 David Easton Best Book Award from the American Political Science Association; Rethinking Democracy: Freedom and Social Cooperation in Politics, Economy, and Society (Cambridge University Press, 1988); and Marx’s Social Ontology: Individuality and Community in Marx’s Theory of Social Reality (MIT Press, 1978), which recently appeared in Chinese translation.

Gould's seven edited books include the influential early collection Women and Philosophy (1976), co-edited with Marx Wartofsky; The Information Web: Ethical and Social Implications of Computer Networking (1989); Gender (1999); and Cultural Identity and the Nation-State (2003). She has also published 90 articles in social and political philosophy, feminist theory, philosophy of law, and applied ethics. She has given over 250 invited presentations at universities around the world, including more than 35 keynote and plenary addresses at major conferences.