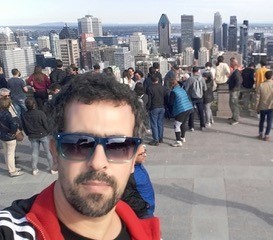 Heidegger on Translation: From the “Untranslatable” to Essential Translation

ABSTRACT: This paper is an attempt to touch upon one of the rarely mentioned and discussed questions in Heidegger’s thought on translation, the “untranslatable”. Drawing on Heidegger’s views on language and translation as well as on its pertinent secondary literature, I argue that, for Heidegger, the “untranslatable” in a work of thought or poetry is thought of as a manifestation of the claim of language. This claim is a Calling to the human being to reconsider our relationship to language, to think its “essence” (Wesen) no longer as a tool of communication at our disposal but as world disclosive. The appearing and disappearing of beings in the world do not occur because of our actions. Rather, it is language that grants being to beings so that they are made present or absent in the world. In section one, I will show that expressing itself in the essential irremovable difference between languages, in its being a remainder, rest or space that is constantly and permanently  calling for translation, and its being more expressive in “words of thought”, the untranslatable offers itself as a moment of the manifestation of the claim of language. In section two, I will argue that one of the moments language claims poets is the moment where they undergo an experience with language in their failure to find the right word for what language already calls them to name. Section two argues that translating a work of thought or poetry, in light of Heidegger’s views on language and translation, needs a radically different approach to which Heidegger refers as “essential translation”.