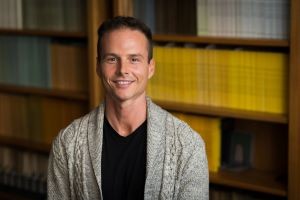 ABSTRACT: Kant’s effort to defend the co-existence of transcendental freedom and natural necessity is one of the crowning achievements of the first Critique. Yet by identifying the will with practical reason in his moral philosophy, he lent support to the view that the moral law is the causal law of a free will—the result of which, as Reinhold argued, left immoral action impossible. However, Reinhold’s attempt to separate the will from practical reason generated difficulties of its own, which Maimon was quick to point out. By identifying freedom with indifferent choice, Maimon argued, Reinhold had no resources to explain why a free will acts at all. My aim in this article is to show how Fichte’s theory of freedom seeks to reconcile these two commitments: the key lies in what I call Fichte’s Genetic Model, according to which indifferent choice is the original condition of the will, but a condition we must actively overcome.

Dr. Owen Ware is Assistant Professor of Philosophy at the University of Toronto. His areas of specialization include Kant and 19th Century Philosophy, with a focus on German Idealism. He is the author of two books, Kant's Justification of Ethics and Fichte's Moral Philosophy, both forthcoming with Oxford University Press. Dr. Ware also has research interests in contemporary ethics, social and political philosophy, continental philosophy, and South Asian philosophy