A discussion with Eric Landry 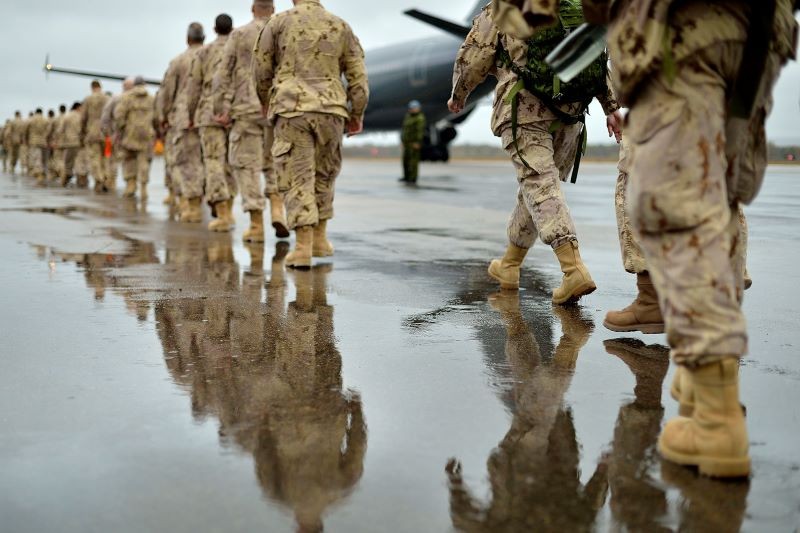 Operation IMPACT began as the Canadian Armed Forces (CAF) support to the global coalition to degrade and ultimately defeat Daesh in Iraq and Syria. In October 2014, the Canadian parliament approved sending nine Canadian aircraft and 69 special advisors to join coalition airstrikes against the Islamic State of Iraq and the Levant (ISIL).

In November 2015, Prime Minister Justin Trudeau announced the withdrawal of Canada's fighter aircraft but the CAF continues to work with partners in the region to set the conditions for stability and security.

Colonel Eric Landry, who was appointed the deputy commander of Joint Task Force-IMPACT, will discuss the operation's mission, his experiences and challenges on the ground and the political context, as well as the relations of force with various groups and countries involved in the mission, including Lebanon, Iraq and Jordan.

Born in Montreal, Eric Landry joined the CAF in 1994 and served with the Royal Canadian Hussars during his undergraduate studies in business administration.

His operational assignments began in 1997 following his transfer to the Regular Force and his arrival at the 12th Canadian Armoured Regiment in Quebec City. During his first assignment with the Regiment, he served as a troop leader and participated in Op PALLADIUM in Bosnia and Herzegovina with D Squadron.

In 2001, he was posted to the Canadian Forces Leadership and Recruit School in Saint-Jean-sur-Richelieu as an instructor, and completed a master’s in business administration at École des Hautes Études Commerciales (HEC) in Montreal.

Promoted to major, he deployed twice to Afghanistan from July 2007 to May 2008 as J35 (Chief of Plans) of Joint Task Force-Kandahar and as the last tank squadron commander from November 2010 to June 2011. In this role, he assured the protection and construction of HYENA road, a vital road in the highly contested Horn of the Panjwayi region. For his leadership on this deployment, he received the Meritorious Service Medal.

Promoted to Lieutenant-Colonel in 2014, he transferred to Canadian Joint Operations Command where he acted as J3 North America, responsible for the conduct of domestic operations. In 2015, he became the 25th Commander of the 12th Canadian Armoured Regiment. He commanded the regiment during three domestic operations: Op NANOOK and NUNALIVUT in the Canadian North, and Op LENTUS during the floods in Quebec in 2017.

He received a promotion to his current rank in 2018 and became the deputy commander of Joint Task Force–IMPACT, overseeing build partner capacity effects in Jordan, Iraq, Kuwait,and Lebanon. He is now the chief of staff for the 1st Canadian Air Division.