Transactional Processes in the Local and National Political Arenas 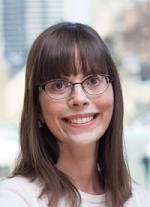 What factors explain the capacity of investors to secure and maintain access to land for the conduct of their agribusiness projects? This paper looks at the Senegalese case to offer theoretical insights on the ongoing land rush. In this country, land transactions have multiplied in the last decade, driven by governmental programs aimed at modernizing agriculture and producing biofuels. These initiatives have prompted domestic and international investors to acquire vast areas of farmland that are much larger than what a peasant or pastoralist typically use. However, a careful analysis reveals that many announced land deals have never materialized, were terminated or are continuing with major difficulties. To make sense of these varied outcomes, I argue that the dynamic interactions amongst five sets of stakeholders shape land access. The unique configuration of power relations between the company that seeks to obtain a land concession, municipal councils in charge of allocating land, customary landowners, Senegalese and international NGOs, and the central government explains land deals’ outcome. To secure control over land, companies must garner a strong backing from the central government despite the fact that municipal councils manage most of the land. The central state’s sponsorship is not sufficient, however, as rural elites can promote or undermine land deals as a means of bolstering their power and legitimacy in the political arena. Both rural and national politicians can significantly alter, and even halt, the course of land deals, effectively preventing companies to secure land. As such, I conceive of land appropriation as an ongoing transactional process. This paper is based on fieldwork carried out in Senegal for 18 months from 2013 to 2016.

Marie Gagné is a Ph.D. candidate in the Department of Political Science at the University of Toronto, specializing in comparative politics and development studies. Her dissertation examines large-scale land acquisitions in Senegal. She has also conducted a study on the G7’s New Alliance for Food Security and Nutrition in Senegal in parallel to her doctoral degree. Marie’s other research interests include the determinants of political violence and the consequences of natural resource extraction. Her work has been funded by the Social Sciences and Humanities Research Council of Canada (SSHRC), the Ontario Graduate Scholarship (OGS) Program, and the International Development Research Center (IDRC). She has previously carried out a comprehensive study on the cooperative movement in Senegal financed by the former Canadian International Development Agency (CIDA). This experience was fundamental in stimulating her interest in African politics and questions of development. Prior to her stay in Senegal, Marie earned a bachelor’s and master’s degrees in sociology from Université Laval in Quebec City.