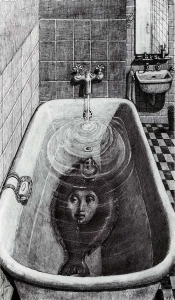 Cognitive approaches to literature and culture have been gaining ground in cultural studies in recent years. Much of the work coming from these interdisciplinary fields has focused on Theory of Mind or, more specifically, empathy and the potential of literature and other cultural media to develop empathy in readers and spectators. Generally, critics have seen the cultivation of empathy as a positive factor in the construction/evolution of the modern liberal subject, who is led to recognize and/or identify with the other through the aesthetic encounter. Nevertheless, a common shortcoming of the cognitive approach to aesthetic reception is the way it privileges the binary relationship between the artefact and the receiver, often overlooking the necessity and function of a third point of view, i.e., ideology, in framing and channeling empathic responses through cultural reception.
Our presentation seeks to correct this oversight by bringing into dialogue what might be called ‘anti-empathic’ cultural productions in the early and late modern periods: specifically, Mara de Zayas’s seventeenth-century collection of wifemurder novelas The Disenchantments of Love; and the recent Netflix series Hannibal, which weaves a complex, psychological plot around the topic of serial killers. By analyzing these authors’ uses of necrophilic empathy—framed by recent studies by Lorenzo Magnani and Paul Bloom — the goal is to start to map the range of empathic phenomena in both artistic and moral terms.