A public talk with Faisal Devji, professor at the University of Oxford 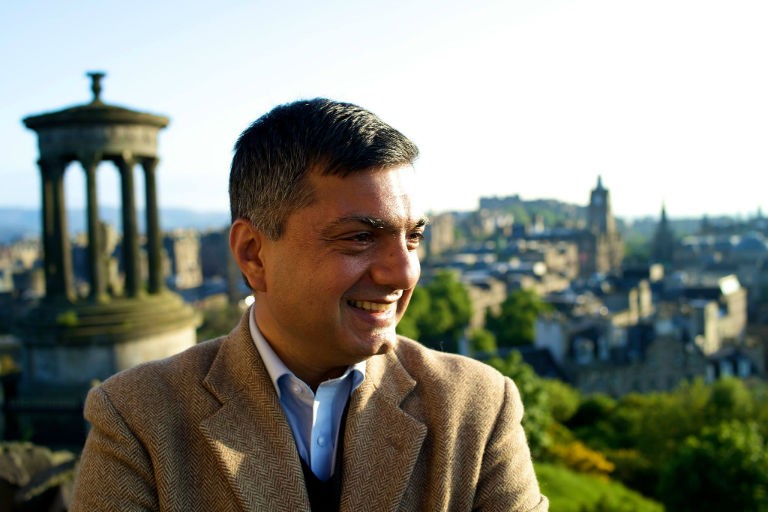 As perhaps the inaugural event of a truly global history, the First World War may have been the first to create new ideas and experiences that people shared around the world. The task of the global historian is then to trace the emergence of such ideas and experiences, and see how they were appropriated in different and even opposing ways, while yet being part of a single and relatively well-defined event.

But how might an event like the Great War also, and by the same token, disperse these ways of thinking and feeling rather than bringing them together?

This lecture attends to the way in which the first global event entailed, among other things, a rejection of its conceptual and political meaningfulness among non-European and colonized peoples. In this sense it brought into being an anti-global vision of the future, which will be analyzed in Gandhi's sudden emergence as Mahatma in 1919 and the equally unexpected mobilization of pan-Islamism in India.

How might these twinned uprisings, which are always discussed in the context of the war's aftermath, actually negate its status as a global event and in doing so that of Eurocentrism as well?

Faisal Devji is a professor of Indian History, fellow of St. Antony's College and director of the Asian Studies Centre at the University of Oxford. He is a fellow of the Royal Historical Society, as well as a senior fellow at the School of Criticism and Theory at Cornell University and Institute for Public Knowledge Scholar at New York University.

Devji received his PhD in Intellectual History from the University of Chicago, was a junior fellow at the Harvard Society of Fellows and has held positions at Yale University and the New School for Social Research in New York. He was also a visiting professor at Koc University in Istanbul, visiting fellow at the Institute of Human Sciences in Vienna and Yves Oltramane Chair at the Graduate Institute in Geneva.

Devji is the author of four books, Landscapes of the Jihad: Militancy, Morality, Modernity; The Terrorist in Search of Humanity: Militant Islam and Global Politics; The Impossible Indian: Gandhi and the Temptation of Violence; and Muslim Zion: Pakistan as a Political Idea.

This keynote address is co-presented as part of Other 1919s: The Problem of Sovereignty in a Global Context, which is taking place at Concordia on  September 6 and 7. Other sponsors include Concordia’s Department of History, ths Social Justice Centre, the Institute of Islamic Studies at McGill University and the Centre for Comparative Muslim Studies at Simon Fraser University.