The brothel or, rather, baptistery of Ashkelon in late antiquity 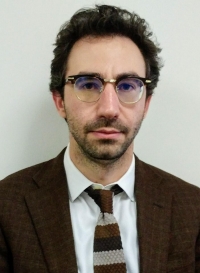 The Azrieli Institute of Israel Studies is proud to present a seminar with Simeon Ehrlich.

Ehrlich competed his PhD at Stanford in 2018 and since then has been assistant professor of archaeology and ancient history in the Department of Classics, Modern Languages and Linguistics at Concordia.

The story of the "brothel" and its unwanted children took hold in academic discourse and in the popular imagination, painting Ashkelon as a seedy port city of the Roman empire. But does the material evidence support this interpretation?

Ehrlich will argue it does not. The true nature of the excavated remains was overlooked in pursuit of a sensationalized narrative. This has had a detrimental effect on our understanding of the ancient city and its people. In his talk he proposes new interpretations of the bathhouse and its contents and, in so doing, give a more accurate account of late antique Ashkleon.