Another Polanyi Moment: Must we repeat the 1920s? 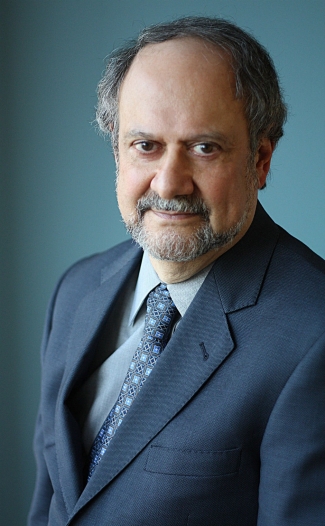 The Karl Polanyi Institute for Political Economy is proud to welcome its 30th anniversary keynote lecturer, Robert Kuttner, co-founder and co-editor of The American Prospect.

On the occasion of the 30th anniversary of the Karl Polanyi Institute of Political Economy, Robert Kuttner, co-founder and co-editor of The American Prospect will present his lecture "Another Polanyi Moment: Must we repeat the 1920s?"

After World War II, the nations of the West, having learned from a bitter history, managed to harness capitalism in a broad collective interest and reclaimed democracy. When financial elites threw off that harness in the neoliberal era, the political repercussions were all too familiar. Can we save democracy and a decent economy when the two projects are linked?

This event is presented by Karl Polanyi Institute of Political Economy in collaboration with the School of Community and Public Affairs. Free and open to the public.

Robert Kuttner is co-founder and co-editor of The American Prospect magazine and Meyer and Ida Kirstein Professor at Brandeis University’s Heller School. He was a longtime columnist for Business Week, and continues to write columns for Huffington Post, The Boston Globe, and The New York Times international edition. He was a founder of the Economic Policy Institute and serves on its board and executive committee.

He is author of eleven books, most recently Can Democracy Survive Global Capitalism? His other books include the 2008 New York Times bestseller, Obama's Challenge: American's Economic Crisis and the Power of a Transformative Presidency, and his 2013 volume on the financial crisis, Debtors’ Prison: The Politics of Austerity Versus Possibility.

His magazine writing, covering the interplay of economics and politics, has appeared in The New York Times Magazine and Book Review, The Atlantic, Harpers, The New Republic, New York Review of Books, The New Yorker, New York Magazine, among many others.

He is a two-time winner of the Sidney Hillman Journalism Award, the John Hancock Award for Financial Writing, the Jack London Award for Labor Writing, and the Paul Hoffman Award of the United Nations Development Program for his lifetime work on economic efficiency and social justice. He has been a Guggenheim Fellow, Woodrow Wilson Fellow, Demos Fellow, Radcliffe Fellow, German Marshall Fund Fellow, Wayne Morse Fellow and John F. Kennedy Fellow.

Robert Kuttner was educated at Oberlin College, The London School of Economics, and the University of California at Berkeley. He holds honorary doctorates from Oberlin and Swarthmore. He has also taught at Boston University, the University of Oregon, University of Massachusetts, and Harvard’s Institute of Politics.