Pursuing a Bachelor of Fine Arts
Specialization in Computation Arts 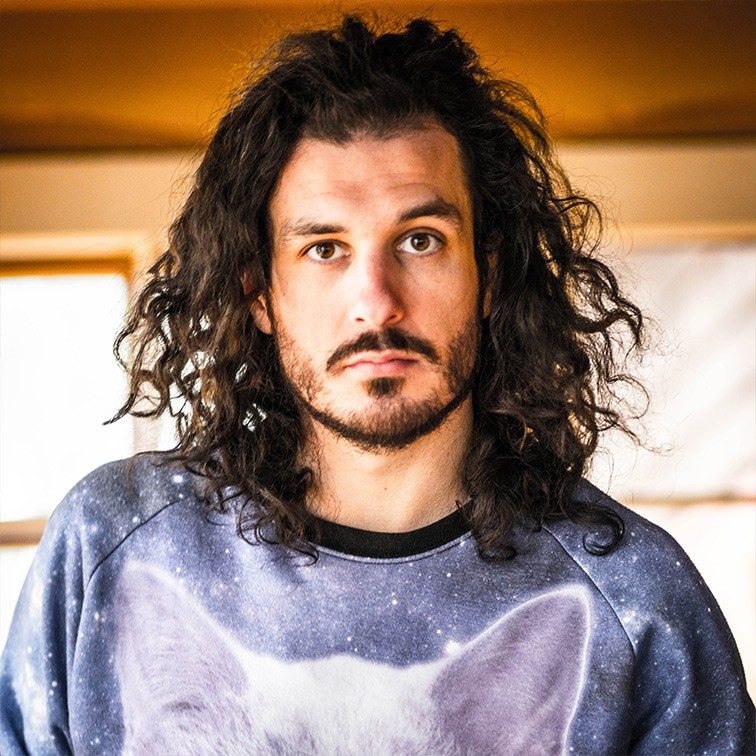 Following a successful career as a video-game developer at Ubisoft, Simon-Albert Boudreault wanted to seek out a different path and dive into the creative side of making games. That’s when he discovered Concordia’s Computation Arts (CArt) Program.

How did your Concordia journey at CArt begin?

I used to go to the 5 à 7 events at the Technoculture, Art and Games (TAG) Research Centre events. I was impressed and attracted to the work their members were displaying.

I also learned that some of the CArt program’s professors were people who I knew and respected from the industry. I figured joining the program was a good choice if I already trusted the instructors.

What sold you on the program?

CArt is about learning creative ways to express yourself with tech. It involves art that you can make with a computer.

Members at TAG described CArt as this place where you don’t just learn what technology can do but, rather, what technology can say. I discovered that it’s the same thing with video games. We’re used to these traditional model games, but you can actually do some experimental stuff with them too.

If we make a game, for instance, it wouldn’t only be for entertainment purposes. Rather, we’d make a game that’s provocative and poetic with the goal of making players reflect. This isn’t something that’s popular in mainstream games but CArt gives you a space in which this is appreciated and recognized.

Also, CArt students have very different specialties. Some might be better with sound, film, video, light projections or, in my case, video games. All these fields are valid in the program, so in most courses you can use whatever discipline you’re most comfortable with to do your assignments or try something new.

How did you evolve from starting out in CArt to where you are now?

I started CArt because it was fun. It’s a program that lets you explore whatever you want, that lets you ask as many questions as you want, with the medium that you want.

I’ve always been a level designer, which means that I make spaces in games — that was my specialty and that’s how I grew up at Ubisoft as a specialist. But the cool thing about CArt is that it gave me all the other skills. So I learned to do modelling and I learned to code. I was initially really bad at code, but I’m a bit better at it now and I can say that I have some code literacy.

What advice do you have to a prospective CArt student?

Having at least one skill that you can be really good at is very important.

We all wear many hats and do different things, but you still have to market yourself. And if you want to find a job, having one very strong skill will make you stand out.