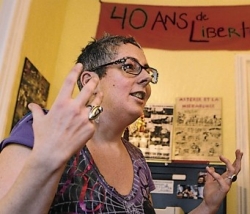 Anna Kruzynski is a professor at the School of Community and Public Affairs at Concordia University and Director of the Graduate Diploma in Community Economic Development. For the past 20 years she has been involved in many different types of social movements: from the student movement, to health and feminist community organisations in Point-Saint-Charles, to anti-globalisation direct action, to busy work with neighbours and anarchist comrades to set-up local economic and political initiatives inspired by a post-capitalist politics. She engages in participatory action research and accompanies actors involved in social change initiatives in the documentation of their process. Two major research projects include the work with the CourtePointe collective and the Popular Archives of Point St. Charles to document women’s contribution to local organizing efforts, as well as the work with the Research group on collective autonomy, a feminist anti-authoritarian research collective that studied its own movement. She is currently a member of the Community Economies Research Network and the Collectif de recherché interdisciplinaire sur la contestation, and is working on developing a new research project on the enactment of community economies in so-called Québec. Her teaching is inspired by both her activism and her research. She teaches strategies for fundamental social change, economic literacy to enable people to take back the economy, basic community organizing skills and tools for direct democracy. 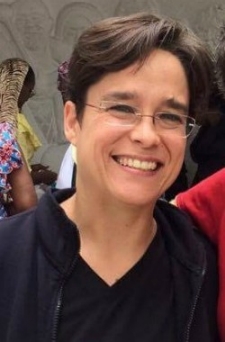 Elsa Beaulieu Bastien has been active in feminist research and organizing for 18 years, both in Quebec and abroad. As an anthropologist, she studies women’s collective economic initiatives and alternatives and has done fieldwork in Senegal, Burkina Faso, Mexico, Brazil, and Mozambique. In Quebec, she has coordinated a research group on the Working Poor, and promoted analyses of the sexual division of labor. She is currently involved in a five-year team project on solidarity-building across differences around feminist struggles for food sovereignty in the World March of Women. As a feminist activist and organizer, she has been part of several groups and collectives. Among other things, she was involved in organizing the first Quebec Young Feminist Gathering in 2003, and the first Pan-Canadian Young Feminist Gathering in 2008. Ever since her participation in the Nyeleni International Forum on Food Sovereignty in 2007, she has been involved in raising awareness about, and developing feminist analyses of the food system and other socio-ecological challenges. She has been teaching feminist approaches to community economic development at the SCPA since 2008. 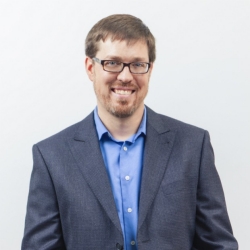 Colin Bérubé has been active in the field of community economic development and the social economy for 20 years. Throughout his career, he has worked in a community loan fund, with a community foundation and today is part Filaction’s investment team. Filaction is a development fund that is present throughout Québec. Colin has collaborated on the development of specialized funds designed to finance and support small business lead by women entrepreneurs, divers ethnocultural communities, as well as projects in the social economy, the arts and culture, in fair trade and in sustainable development. His experience also includes grant program development in support of initiatives and organizations that provide concrete solutions to the challenges and issues affecting vulnerable populations in our community. Today, he continues to be very active in financing and as a member of Filaction’s team, he works with a portfolio of companies and organizations known and recognized for the clarity of their mission, their strong roots in their community, the quality of their management, the relevance of their work and their economic and financial potential.

Marguerite (Margie) Mendell, who earned her PhD in Economics from McGill University (1983), has been teaching at the SCPA since 1986. Her current research and teaching are on the social economy in Quebec and internationally, social finance and impact investing, social innovation, the commons, economic democracy, and the work of Karl Polanyi whose influence continues to grow today. Margie Mendell is participating in a growing international dialogue on innovative economic initiatives to reduce inequality and develop new collective forms of wealth creation through her participation at scholarly conferences and international meetings of the OECD, the European Commission, the Global Social Economy Forum (GSEF) and civil society gatherings. She also participates in consultations in Canada (federal, provincial, municipal) and abroad on issues related to social finance and impact investing and the social and solidarity economy. Her work, published in English, French, Spanish, Italian, and most recently in Korean, has generated international interest. Dr. Mendell is also the co-founder of the Karl Polanyi Institute of Political Economy established at Concordia University in 1988, the repository of the entire Karl Polanyi Archive.

Margie Mendell is a member of the Centre de recherche sur les innovations sociales (CRISES - UQAM); honorary member of the Global Social Economy Forum. She is member of the Board of Directors of the Chantier de l'économie sociale and la Tohu.  As well, Margie Mendell is a member of the editorial board of The Annals of the Fondazione Luigi Einaudi. An Interdisciplinary Journal of Economics, History and Political Science, and is on the Advisory Board of Studies in Political Economy, among others. She is a frequent contributor to television, radio and written media on public policy issues in Canada, Québec, and internationally. 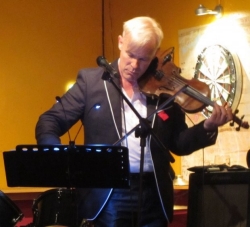 Norman Nawrocki has been teaching in SCPA at Concordia since 2005, and in the Quebec Ministry of Culture and Communications 'Culture in the Schools' provincial program since 2003. He has lectured and facilitated workshops about social issues and the arts at dozens of universities and colleges across Canada and in the USA since 1993. For the past 30 years, he has given thousands of performances of his own socially engaged theatre, music and poetry across North America, Europe and Hong Kong, written fourteen books of poetry, short stories and a novel (some translated into French & Italian), several theatre musicals and solo cabarets, and released over 60 albums of spoken word and music. A community organizer in Vancouver and Montreal since the 1970s, his research focus is how grassroots movements for social justice can incorporate the arts in their work. 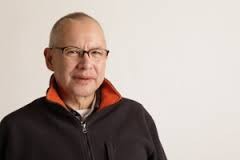 David Newhouse is Onondaga from the Six Nations of the Grand River community near Brantford, Ontario. He is an Associate Professor in the Department of Indigenous Studies and the Business Administration Program at Trent. Professor Newhouse has an undergraduate degree in Computer Science and a Master of Business Administration from the University of Western Ontario. “My interest is in examining the ideas that are forming the basis of collective, i.e. societal or institutional action within contemporary Aboriginal society. I want to try and counter the idea that we laid in front of the bulldozer of western civilization and waited for it to flatten us. The historical and contemporary record indicates that we have always understood the world around us, knew what was happening and tried to affect the world to make it more hospitable and amicable to us. For the most part, our agency as living thinking human beings has been erased. I want to show how we used our imaginations to live in the world we found ourselves in.” 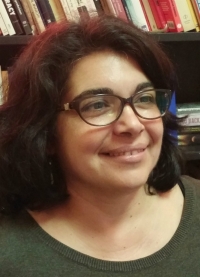 For the past 18 years, Rosa Pires has worked on immigration and inclusion and gender equality, within Quebecois politics, community organisations, women’s groups and international cooperation. As researcher, Rosa Pires applies the intersectional lens to governance and practices within the community movement.

Jason Prince is an urban planner with over 20 years experience in community economic development and the development of collective enterprise. Trained at McGill University, he has worked in both urban and rural contexts in Canada and has been teaching part-time for Concordia University’s Graduate Diploma in Community Economic Development for the past 10 years. His course specialty is SCPA 505: Social Enterprise Development, which offers a practical introduction to collective business planning. He is also a guest lecturer at Cape Breton University's MBA in Community Economic Development.

From 2008 to 2013, Jason coordinated an action-research project at McGill's School of Urban Planning seeking to optimize the positive impacts on community from the arrival of a mega-hospital near Montreal's downtown core, with an accent on social and economic interventions. He currently works at PME MTL Centre Ville in the support of the social economy and coaches in the social entrepreneurship stream at Concordia's District 3. He sits on a variety of boards and has two young children. 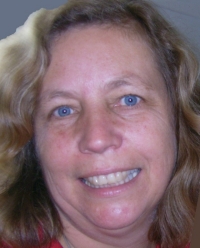 Frances Ravensbergen has been active in the community sector in Quebec for over 30 years and has been teaching with the School of Community and Public Affairs (SCPA) since 2004.

She has experience in the women's movement, on environmental issues, working with seniors, supporting youth, etc. as both a volunteer, activist and paid employee. She is a founder and continues to provide organizational development training and support through the Centre for Community Organizations (www.coco-net.org), works with the Mohawk community of Kahnawake and has taught in several departments at Concordia University (AHSC, School of Extended Learning, SCPA).

Her research interests focus on the social justice role of the community sector (particularly in the English-speaking community), 'good' practice in nonprofit management, participation and empowerment in non profits and experiential learning in university settings. Her PhD (2010) focused on the role of local community groups in social change work.

She lives in her  'net zero energy' 150 year old farmhouse in Hemmingford, QC with her partner, Glenn Hodgins, where they raised four children and countless animals. 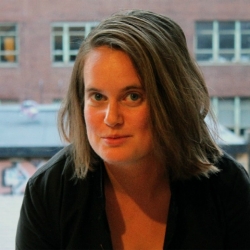 Koby Rogers Hall is an artist, writer and social practice facilitator based in Montreal. Her recent projects are dedicated to dialogical arts practices, archiving as cultural activism, and public interventions for political engagement. She conceives and facilitates social practice design with the performance collective Mischief Theatre, the multidisciplinary arts activist PreOccupations, the Politics & Care project, and the Artists’ Bloc of the Immigrant Workers’ Center in Montreal. She has taught classes at UQAM (Montreal) and with the Department of Arts Politics (NYU), and as part-time faculty with the Theatre Department and with the Community Economic Development (CED) Graduate Diploma Program through the School of Community and Public Affairs at Concordia University.

Koby has exhibited and performed at La Mama ETC. and No Longer Empty, New York; centre des arts actuels Skol, Fonderie Darling, Tangente, and Studio 303, Montreal; the Rhubarb Festival and Buddies in Bad Times Theatre, Toronto; the Hemispheric Institute of Performance and Politics Encuentros in Montreal and Sao Paolo; and in Hawai’i as a YEMOYA international artist in residency with mentor-facilitator d’bi young anitafrika; among others.

She has received awards and grants from York University, Tisch School of the Arts (NYU), the Rosa Parks Fellowship for Non-violent studies, the Zonta Club of Ottawa Emerging Artist Award, the Canadian Millenium Scholarship Awards, Engrenage Rouage Noir, and the Canada Council for the Arts.

Koby holds an MA in Arts Politics from Tisch School of the Arts (NYU '11) and a BFA in Theatre, specialised in Collective Creation (York University '05).

Luba Serge is a member of the l’Ordre des urbanistes du Québec and also an ad-hoc commissioner for the Office de la Consultation publique de Montréal (OCPM). She has participated in setting up cooperative and non-profit housing projects and she has worked at the municipal level on research, program evaluation, and policy development. As an independent consultant, Luba undertook a wide range of research topics including affordable and non-profit housing, neighbourhood revitalisation, social exclusion, homelessness, and urban social movements.

In parallel to her research work, Luba became involved with local initiatives, such as attempting to establish community land trusts in Montreal neighbourhoods and a housing trust fund for supportive housing. She was also the Coordinator for Fonds foncier communautaire Benny Farm, an initiative that proposed community-led redevelopment of a veterans’ housing project in NDG. At the end of the seven-year long process to gain control of the Benny Farm site, Luba undertook a PhD at Concordia University to better understand the dynamics of urban development and citizen mobilization.

Luba currently teaches at the college and university levels. With the Community Economic Development (CED) Graduate Diploma program at Concordia University, she teaches SCPA 515: Housing and Land Use from a CED Perspective.

Joye Ngozi, Assistant to the Principal

Back to the program description
Back to top