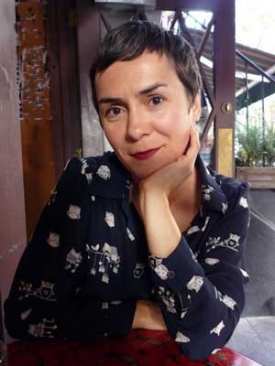 How are you applying your degree in Translation from Concordia?

I work as a freelance literary and commercial translator. As a literary translator, my focus is mainly on Quebecois writers, though I have also translated from Romanian (the poets Nichita Stanescu and Paul Celan). I’ve translated seven books to date, which include novels, non-fiction and collections of poetry, as well as some translations for the stage and the screen, including The Fury of My Thoughts (a play adapted from Nelly Arcan and directed by Marie Brassard) in 2015. My most recent novel translation, Readopolis by Bertrand Laverdure (BookThug, 2017), is a finalist for the 2017 Governor General’s Literary Award for Translation. As a commercial translator, I work in various areas, such as visual arts, cinema, education, tourism, human resources, and business.

What do you value most from your Translation experience?

A highly valuable learning experience was that the program offered the possibility of doing an internship with a translation office. In 2015, while I was pursuing my degree, I had the opportunity to work for one term as a translator in the Linguistic Services department of the National Bank. I was able to experience what it is like working in a translation office and as part of a team (as opposed to freelancing) and I learned a great deal.

Is there a particular memory that stands out from your time at Concordia?

I had the opportunity to do a directed studies with Christine York, during which I began working on novel translation (a novel by Suzanne Leblanc, which I subsequently co-translated with Ingrid Pam Dick and published with BookThug as The Thought House of Philippa). Being able to work individually with Professor York on the early stages of this novel was an invaluable experience. Her reactions, questions, and feedback deepened my thinking and translation process.

What advice would you give to someone considering graduate studies in Translation?

I would say that it is very important to know your goals as you go through the program, as then you can tailor it to your needs and make the most of the experience. For myself, for example, I was really interested in learning about and developing certain areas of translation, in which I had less or no experience. As such I focused my learning in these areas, such as legal, scientific and commercial translation, as well as using various types of translation software.