Anita Anand is the author of Swing in the House and Other Stories (Esplanade Books), winner of the 2015 QWF Concordia University First Book Award.  She lives and teaches in Montreal. 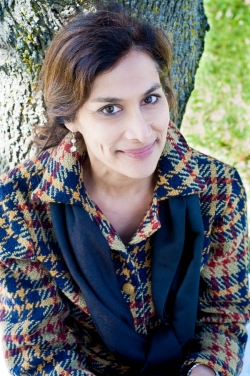 My older brother said, 'Montreal is a great place to be if you are in exile.' He was thinking of leaving, but he never did. I did, but could never get comfortable anywhere else.  I finally returned here for good. This is where I write best.

Montreal is the best place to be a writer because it is cheap to live here, yet highly interesting. You only have to spend a few minutes in the city to notice that everyone in Montreal is a minority, including the majority, and that language is dynamic here, a mix of English and French and whatever else happens to be in the air. There is a lot of street life, and it is easy to start conversations with strangers.  This openness is very stimulating. Go for a walk on St. Laurent Boulevard during one of its “sock and underwear festivals”, and you will come back with something to write about.

I imagine my brother meant that it’s the place to be if you want to be anonymous, not just  for the usual big city reasons, but because the linguistic and cultural diversity allow  you to  re-invent yourself, be anyone you want to be.  Dany Laferrière, a Montreal writer of Haitian origin, famously named one of his books “Je suis un auteur japonais.” My identity here is fluid; I can attend French language literary events as a bilingual Anglophone, or be part of the regular Anglo writer crowd, or participate in conversations as a writer of Indian origin. There are no closed doors, no segregation, real or imagined, no limits to what is accessible. I have read that in addition to the highest rate of bilingualism in the country, Montreal boasts the most religious and social class mixing, meaning both that people move between religions and levels of incomes and that they have more social exchanges with people of different groups. There is a kind of openness that makes life seem as full of possibility as a dream.

A teacher of both creative and essay writing, Nasrallah has served as a lecturer with Concordia University’s English Department since 2007. 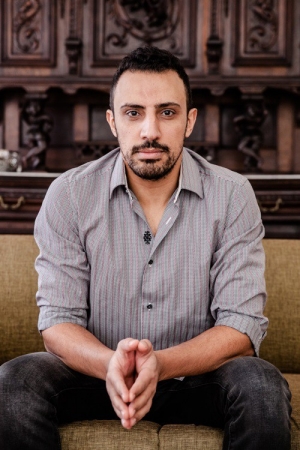 Montreal is cheap and cosmopolitan.  It’s limited in many of the opportunities that other people will tell you are good for you, but that will ultimately lead you away from the writing you’re here to do. It’s overflowing in the kind of culture that challenges your assumptions and keeps you on your toes.

I’ve lived in a number of other places, and Montreal seems like the summation of all of them. The city is far enough away from the places and people I knew and, when I was young, that gave me the perspective I needed to figure out who I was going to be.

Quebec’s Anglo writing community isn’t large, but it is one of the most supportive I’ve seen anywhere across the country. Within it, I found an opportunity to play a more active role in the development of my writing career.  If you’re the kind of person who likes to make up your own rules and build your own scene, Montreal is a pretty perfect place to do that unapologetically.  Practically everyone I know who stayed here ended up doing so for that freedom.