Many graduates of the program are accomplished writers and professionals. Here is a small selection of our successful alumni! 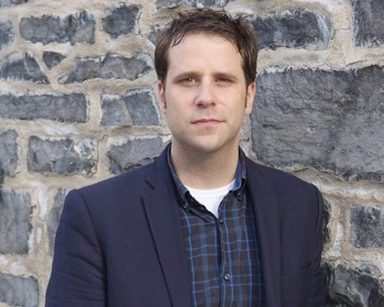 John Goldbach is the author of The Devil and the Detective, a novel, and Selected Blackouts, a collection of stories. He lives in Montreal. 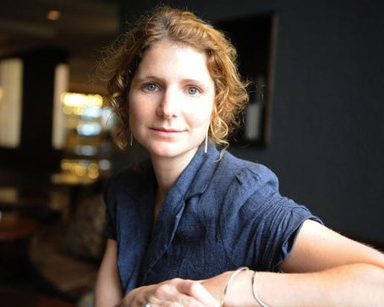 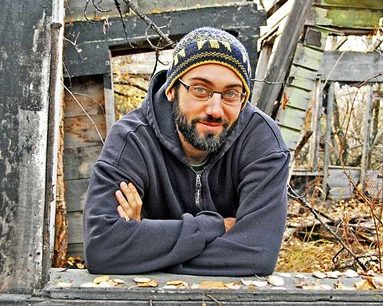 Pasha Malla (MA 2005) has written for Esquire, The Globe and Mail, Walrus and McSweeney's, contributed to CBC Radio's Definitely Not the Opera, and twice had stories in the Journey Prize anthologies. He lives in Toronto where he is the founder of “Now Hear This!” a writers-in-schools program run through Descant Arts & Letters Foundation. 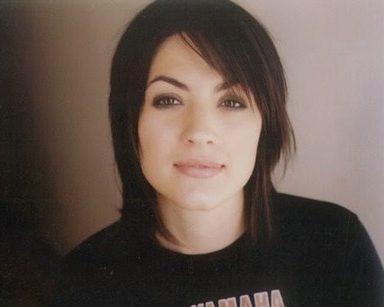 Lindsay Wilson's background is in theatre. She produced and directed Jesus Jello: The Miraculous Confection by Joanne Sarazen for the 2010 Montreal Fringe Festival. Puck Bunny, her first solo play, appeared at the 2009 Montreal and Toronto Fringe Festivals and was picked up by She Said Yes Theatre in Newfoundland as part of its 2010 Long-Distance Dramaturgy Project. 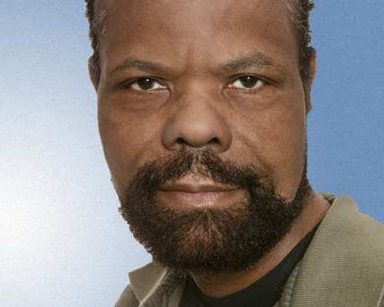 H. Nigel Thomas was born in St. Vincent and the Grenadines and has been living in Montreal since 1968. He is the author of eight books, including three novels: Spirits in the Dark, shortlisted for the 1994 Quebec Writers' Federation Hugh MacLennan Fiction Award, Behind the Face of Winter, and Return to Arcadia. 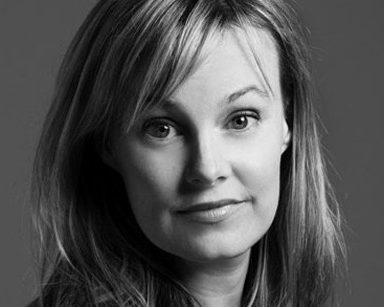 Suzanne Buffam (MA 2003) is the author of one collection of poetry, Past Imperfect (House of Anansi), which won the 2006 League of Canadian Poets' Gerald Lampert Award and was named one of the Books of the Year by The Globe and Mail. Her poems have appeared in various journals in Canada and the U.S., and she serves on the creative writing faculty at the University of Chicago.

Read about even more alumni below

Her first poetry collection Mammoth (DC Books, 2010) was shortlisted for the Quebec Writer's Federation First Book Prize and the Kobzar Literary Award. Her poems have been shortlisted for the Irving Layton award, the Malahat Review's Open Season Award, the carte blanche 3Macs prize and Arc Magazine's Poem of the Year.  She was recently long-listed for the CBC Poetry Prize. Larissa (MA 2010) represented the Stingers on the women's rugby team and was named to the 2006 QSSF all-star team and named Concordia's Athlete of the Week for Nov. 7, 2007. She facilitates creative writing workshops in Montreal, mostly for at-risk youth in protective custody. Her second collection is Proof (DC Books, 2014).

His first book of poems, Radius of Light (DC Books), was shortlisted for the Gerald Lampert Award. His poems, translations and reviews have been published widely, winning several prizes, including This Magazine's Great Literary Hunt, the Milton Acorn Prize, the Irving Layton Award, the Warren Keith Wright Award, the Ray Burrell Award, the Orion Prize, as well as commendation for the International Hanna Davoren Prize, the River Styx Prize, the Runes Poetry Prize and the Shaunt Basmajian Award. Auerbach (MA 2003) attended Harvard, the University of Grenoble, McGill and Concordia, and is Editor-in-Chief of Vallum. He also directs VSFAALE, a charity that promotes aesthetic awareness in Canada.

Avasilichioaei  (MA 2002) is a Montreal poet and translator from French and Romanian. Her books include feria: a poempark (Wolsak & Wynn, 2008), Abandon (Wolsak & Wynn, 2005) and a translation of Romanian poet Nichita Stănescu, Occupational Sickness (BuschekBooks, 2006). A collaborative work with Erín Moure, Expeditions of a Chimaera, will be published fall 2009 (BookThug). She has also created visual textworks for galleries in Montreal and Vancouver.

Babiak (MA English literature 1998) published Choke Hold, a novel, in 2000. It won the Henry Kreisel award for best first book, was shortlisted for the Rogers Writers Trust Fiction Prize and was optioned for a feature film. Todd's second novel, The Garneau Block, was longlisted for the Giller Prize and won the City of Edmonton Book Prize. It was published by McClelland and Stewart. The Book of Stanley, his third novel, was also published by McClelland and Stewart. He was awarded a Praxis Screenwriting Fellowship for co-writing a feature film, The Great One, set on the tragic day Wayne Gretzky announced he was leaving Canada to play for the Los Angeles Kings. Todd is a culture columnist at the Edmonton Journal and does not believe in western alienation.

Banks (MA 1998) was raised in the Ontario communities of Bancroft, Sioux Lookout and Stayner, where his father served postings as a small-town police officer. He took his BA at the University of Guelph, a Master's in Creative Writing at Concordia and an education degree at Western. He currently works as an English and Creative Writing instructor at Bluevale Collegiate Institute in Waterloo, Ontario. His poetry has previously appeared in Carousel and The Antigonish Review. His first book, Bonfires, was published in Fall 2003 by Nightwood Editions. Bonfires was awarded the Canadian Authors Association Jack Chalmers Poetry Award (2004) and shortlisted for the Gerald Lampert Award for Poetry (2004). His second book of poetry The Cold Panes of Surfaces (Nightwood Editions) was published in 2006.

Connie Barnes Rose (MA 1997) grew up in small town Nova Scotia. She moved to Montreal and entered Concordia as a part time student in the early eighties and still hasn’t left. In 1992 she won the Irving Layton Award for fiction. Her collection of short stories “Getting Out of Town” was published by Cormorant Books and was short listed for both the QSPELL and the Dartmouth awards. She has published in numerous literary journals such as Matrix, Fiddlehead, B&A as well as anthologies such as “Scribner’s Best of the Fiction Workshops”, “Telling stories-New English Writing From Quebec”. In 2005 she won the CBC/QWF award for her short story “What About Us?” and her story “Civil Wars” was a winner of the 2007 THIS Magazine’s Great Literary Hunt contest.

Brian Bartlett (MA 1978) completed a short-story collection as his thesis, with Clark Blaise as his supervisor. He went on to a do a Ph.D. at the Université de Montréal, with a dissertation on the American poet A. R. Ammons. He has published several books of poetry, including Planet Harbor (1989), Underwater Carpentry (1993), Granite Erratics (1997), The Afterlife of Trees (2002), and, most recently, Wanting the Day: Selected Poems (Peterloo Poets, Cornwall, England; Goose Lane Editions, Canada, 2003), which won the 2004 Atlantic Poetry Prize; and The Watchmaker's Table (Goose Lane, 2008). He has also won two Malahat Review Long Poem Prizes, placed first in the 2001 Petra Kenney Awards, and spent time at both the Banff Centre for the Arts and the Hawthornden Castle International Retreat for Writers. He has edited a volume of prose, Don McKay: Essays on His Works (Guernica, 2006), and two volumes of selected poems, Earthly Pages: The Poetry of Don Domanski (Wilfred Laurier U P, 2007) and The Essential James Reaney (Porcupine's Quill, forthcoming). Many Canadian periodicals have published his personal essays and the many sorts of his prose about poetry, including reviews, tributes, memoirs,  columns, journals, and interviews. Since 1990 he has taught Creative Writing and Literature at Saint Mary's University in Halifax.

Arjun Basu (BA 1990) worked for five years at Tundra Books editing children's books and then began work for enRoute, Air Canada's in-flight magazine. In 2001, he became editor in chief, a title he held until 2007. During this time, enRoute was twice named world's best inflight magazine and subsequently named Canada's magazine of the year by the Society of Canadian Magazine Editors in 2008. He is currently editorial director at Spafax. Basu’s first book of short stories, Squishy, was published in 2008 with DC Books. His work has also appeared in publications such as Matrix, The Moosehead Anthology and in AWOL: Tales for Travel Inspired Minds (Vintage).

Dana Bath (MA 2000) is originally from Corner Brook, Newfoundland. She now lives in Montreal, where she teaches English literature at Vanier College and writes. Bath has been an award winning writer since her early college years. She has won prizes from Grain Magazine’s Short Grain Contest, Anvil Press’s International Three Day Novel Contest, and This Magazine’s Great Canadian Literary Hunt. Her first published novel Plenty of Harm in God (DC Books) was her Concordia Creative Writing Program Masters thesis. Her book of short stories, What Might Have Been Rain, was published by Conundrum Press in 1998. In 2003, she released a book of short stories, Universal Recipients, with Vancouver's Arsenal Pulp Press.  She has also published fiction and non-fiction in Index, Room of One’s Own, Grain, subTerrain, Bitch, Hour Montreal andMatrix.

Raymond Beauchemin (MA 1992) is the editor of 32 Degrees (DC Books, 1993), an anthology of excerpts of creative writing master's theses from Concordia University, including some of the program's best-known names: Nino Ricci, Elisabeth Harvor, Ray Smith, Ann Lambert, Mansel Robinson, Julie Keith and P. Scott Lawrence. With his wife, author Denise Roig (BA 1994; Any Day Now; A Quiet Night and a Perfect End), he edited Future Tense: New English Fiction From Quebec (Véhicule Press, 1997), and The Urban Wanderers Reader (Hochelaga Press, 1995), an anthology of works presented at the Urban Wanderers reading series, which featured more than 100 Montreal and Quebec writers in three pre-Blue Met seasons. Beauchemin is publisher of Hochelaga Press, which in 1998 published Safari West by John A. Williams, winner of an American Book Award that year from the Before Columbus Foundation in the United States. He is the author of Resurrection, an essay examining his Catholic faith, and Salut! The Quebec Microbrewery Beer Cookbook (Véhicule, 2003). His novel Incident on the Jacques Cartier Bridge is due in 2011 from Guernica Editions (Toronto and Montreal). A journalist for more than twenty-five years, he is the former foreign editor of The Gazette in Montreal. He was most recently acting foreign editor of The National, in Abu Dhabi, United Arab Emirates.

Jennifer Boire: (BA 1989, MA 1995) lives on the lakeshore with her husband and two teens. She has written book reviews for Prairie Fire and the G & M, and leads workshops and retreats for women on the Feminine. In 2003, A Place of Trees chapbook was published with Over the Moon press. Little Mother, a book of poems and pregnancy journal was published by Hochelaga Press in 1997. A mini-CD of recorded poems, Holding the Song, came out in 2005 with Wiredonwords. Her first foray into theatre was as producer of Sedna Reconfigured, a long poem series by Carolyn Marie Souaid, in a bilingual production with actresses Jennifer Morehouse and France Rolland, directed by Jo Leslie. She and her husband Jacques Nolin are sponsors of the QWF A.M. Klein Award for Poetry. She is currently working on a non-fiction book about peri-menopause. Read her poetry and blogs at www.questinggirl.blogspot.com, www.wisdomforwomen.blogspot.comand www.msmenopause.blogspot.com.

Ronnie R. Brown (BA [Honours English] 1977, MA [Creative Writing] 1980)’s work has been translated into Spanish and Korean and has appeared in over 100 magazines (ranging from ARC to Zygote) in Canada, the U.S.A. and abroad.  Her work has also been published in over 30 anthologies. A two time finalist for the CBC Literary Competition, Brown's poetry has also been awarded The Burrell Prize, The Sandburg-Livesay Anthology Prize, and the Tidepool Prize. Brown has had her work adapted for stage (ON FALLING BODIES, 1986, The Atelier of Ottawa's National Arts Centre) and, for more than a decade, she was the host/producer of SPARKS II, a program devoted to literature and the arts on CHEZ-106 F (Ottawa.). Brown is the author of five poetry collections:  RE CREATION, 1987 (Balmuir Books, Ottawa, ON);  DECISIVE MOMENTS, 1988 (Anthos Books, Perth, ON); PHOTOGRAPHIC EVIDENCE, 2000 (Black Moss Press, Windsor, ON); STATES OF MATTER, 2005 (Black Moss); NIGHT ECHOES, 2006 (Black Moss Press.) Three of her collections have received recognition: PHOTOGRAPHIC EVIDENCE was short-listed for the Archibald Lampan Award; STATES OF MATTER was the winner of the Acorn-Plantos People's Poetry Award; and NIGHT ECHOES was short-listed for the Acorn-Plantos People's Poetry Award. Brown lives in Ottawa.