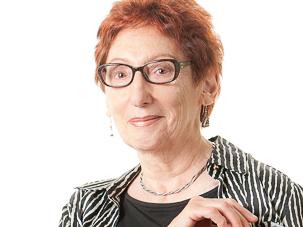 My current research centers on the ways in which Donne enters the poetic vocabulary, the imagination, and the sound system, of contemporary poets. I am also working on time and narrative instability in Milton’s Paradise Lost.  Bloomsbury, especially the writing of Forster and Leonard Woolf, also remains a research interest.  Although I started out as a medievalist with a dissertation on Chaucer, I’ve moved since then into the seventeenth century and the early twentieth.  I’ve been President of the Association of Canadian College and University Teachers of English (ACCUTE) and of the John Donne Society.

Recent publications ranging over these various periods include: “’By parting have joyn’d here’: The Story of the Two (or more) Donnes,” Oxford Handbook of John Donne (Oxford University  Press (2011); “Meanwhile: (Un)making Time in Paradise Lost,” in The New Milton Criticism (Cambridge University Press (2012); "Forster's Sentences," English Literature in Transition (2012). “'Miss Avery in the Garden with a Sword': Forster and Friendship,” GLQ: A Journal of Lesbian and Gay Studies (2008); “Leonard Woolf's 'I': Reading the Autobiographies,” English Literature in Transition, (2007);  “A Room with a View.” The Cambridge Companion to E. M. Forster. ed. D. Bradshaw. Cambridge University Press. 2007; “Tracking the Voice Print of Donne,” John Donne Journal, (2007); “Reading and Rereading.”  The Cambridge Companion to John Donne. ed. A. Guibbory. Cambridge University Press. 2006;  “Individual” (Raymond Williams’s Keywords Revisited), English Studies in Canada. 30.4 (2004 [2006]).  And going back a few more years: “To Glide Silently out of One's Own Text: Leonard Woolf's The Village in the Jungle." Ariel 32.4 (2001 [2002]); “Under the Sign of Donne." Criticism 43 (2001), which was awarded the John Donne Society Prize for Best Essay in 2002.

From 1996-1999/2000, I held a SSHRC grant: The Bloomsbury.Group: Forster, Strachey and the Discourses of Sexuality (co-researcher: Robert Martin).