Teaching is about staying curious, critical, and continually learning. These are values we don’t just want to adopt ourselves, but also to transmit to our students. Based on the seminal work of educator and philosopher Paulo Freire, Pedagogy of the Oppressed, critical pedagogy is about promoting social change through critical thinking in the education system. In this series, we delve into what the term means, and how to practice critical pedagogy here in Quebec, and when teaching ESL abroad. 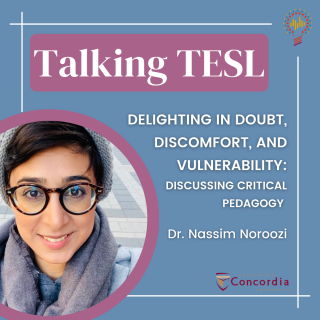 “When we teach, we legitimize certain views of the world, which means that others are disregarded.” (Grady, 1991)

Teaching is an act of empowering students to become independent thinkers and actors in society. But how can we do that? What does taking on that role demand of us teachers?

Critical Pedagogy is a teaching philosophy coined by educator and philosopher Paulo Freire in his seminal work, Pedagogy of the Oppressed. Freire maintains that we cannot separate political and social issues from our classroom content, and it is our job as teachers to problematize these social issues, prompt discourse, and find solutions.

In this episode, we are joined by the ever-inspiring Dr. Nassim Noroozi to discuss what critical pedagogy is and how we can practice it as teachers. Dr. Noroozi lectured at Concordia University’s Department of Education and is trained in philosophy of education. Her research focuses on ethics of resistance in today’s colonial context. Her work specifically examines the relationship between the phenomena of time, colonization, and resistances against it. In this episode we will address questions such as: what is critical pedagogy and why should teachers know about it? What is the banking model of education? Why is vulnerability an important aspect of being a teacher? 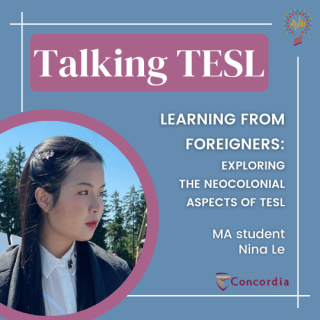 Episode 2 –  Learning from Foreigners: Exploring the Neocolonial Aspects of TESL with Nina Le

In this second part of our series on critical pedagogy, we cast a critical eye on perhaps one of the most familiar TESL contexts: Teaching English as a Second Language abroad, especially in developing countries. There is no question that for many teachers, TESL represents an enriching travel opportunity. Many teachers begin their careers on gap years teaching in Asian countries, where the demand for ESL teachers is extremely high, especially if you are a Caucasian Westerner who speaks English (preferably North American, British, or Australian varieties) as a mother tongue. Oftentimes, teacher training is not even a prerequisite for landing a job!

There is undeniably something off about this dynamic that is rarely spoken about openly, especially by Western teachers who have won the proverbial linguistic lottery. Why is it that a Western teacher (or non-teacher) who is usually unfamiliar with the culture and language of the host country, more qualified for an ESL position than a native who is trained and experienced? Why is there so much importance placed on having English as a mother tongue? Why are some varieties of English prioritized over others? What is the true value of the Western teacher?

In this episode of Talking TESL, we are joined by Nina Le, a graduate student who learned English at an Australian school in Vietnam. She discusses her experience of being taught by entirely Western teachers, and what messages were transmitted to her about the English language, and who it belongs to. 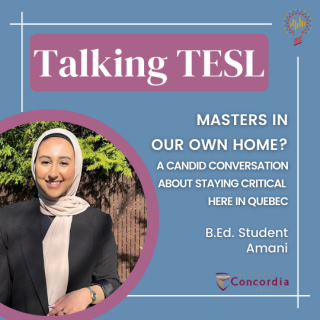 Episode 3 –   Masters in Our Own Home? A Candid Conversation about Staying Critical Here in Quebec

To progress in our field we need to constantly be thinking critically about current practices and the status quo of teaching. In this 3-part series, we have defined critical pedagogy and discussed its history and relevance to our current teaching conditions. We have also explored the neocolonial aspects of teaching ESL abroad in developing countries.

In the final episode of this series, we'll be bringing the discussion back home to Montreal. What does it mean to practice critical pedagogy in the context of Quebec? In this episode we're joined by the wonderful high school teacher and B.Ed. graduate Amani, to speak candidly about our social issues and legislation that influence the education system, such as language tension, school funding, and Bill 21.