Stories from a member of the Red Crescent 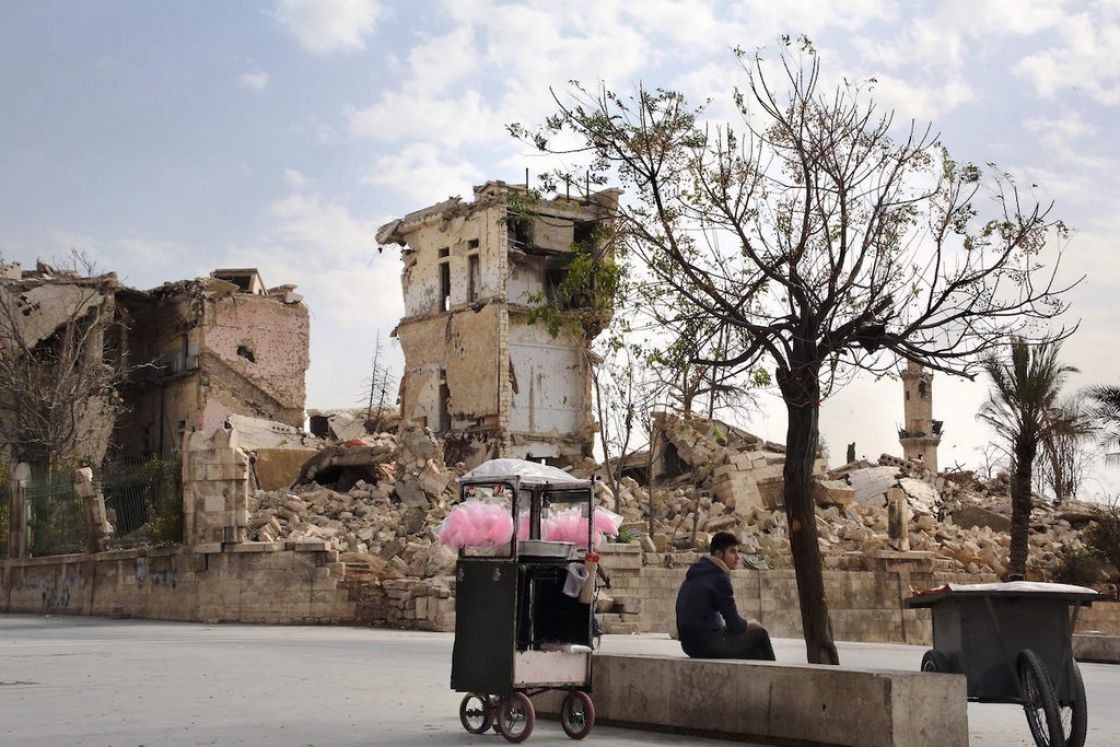 After arriving in Canada in 2017, people often asked Abood Hamad about his experiences as a Syrian refugee and humanitarian aid worker during the war. Those questions revealed to him that North American news media coverage had resulted in distorted perceptions of the war, and of Syria in general. He believes that those misconceptions negatively affect people’s ability to understand and provide support to Syrians, both in Canada and abroad.

The exhibition (Re)Viewing the Syrian War addresses the recurring questions that Hamad has been asked through a collection of personal stories, objects, images and videos taken during his work in Damascus, Homs and other parts of Syria between 2010 and 2016, and following his arrival in Montreal in 2017.

Through his experiences as a humanitarian aid worker and recent refugee, the exhibition challenges misconceptions about Syria and the war, with a focus on life before the war, the complexity of the conflict, the experiences of Syrian citizens, the war’s ‘false end’ and adjusting to life in Canada.

(Re)Viewing the Syrian War has emerged in collaboration with the Beyond Museum Walls Curatorial Residency program, hosted at the Curating and Public Scholarship Lab (CaPSL). The Social Sciences and Humanities Research Council’s (SSHRC) Connection Grant, the External and Mobilization Fund at Concordia, as well as the Fonds de recherche du Québec - Société et culture, generously supports this project.

The exhibition is open each week from Tuesday to Saturday.

All events are free and do not require prior registration.

Friday, November 29
6 to 7 p.m.
Syrian art as transformative energy
A presentation by Alma Salem, curator, cultural advisor and founder of the Freedom Museum

Wednesday, December 4
6 to 7 p.m.
2 Years in Canada: a conversation about a Syrian-Canadian friendship

Abood Hamad worked as a humanitarian aid worker in Syria for seven years. He served as a child psychosocial support worker, relief official and first responder for civilian casualties of armed conflict. As a first aid trainer, he trained hundreds of civilians and volunteers in the Syrian Arab Red Crescent, which was an urgent need due to dangerous war-time conditions throughout Syria.

He was on the ground in most of the key areas of conflict during the war, and was in direct contact with the reality of day-to-day life in different parts of Syria. Hamad emigrated to Montreal in 2017.

Please note that this exhibition has content that may not be suitable for everyone. Photographs and text in this exhibition feature depictions or discussions of war and violence.

CaPSL is regrettably not wheelchair accessible. There is one small flight of stairs leading to the entrance of CaPSL but, otherwise, the sixth floor of the J.W. McConnell (LB) Building is accessible by elevator. Please send other accessibility requests or questions by email.