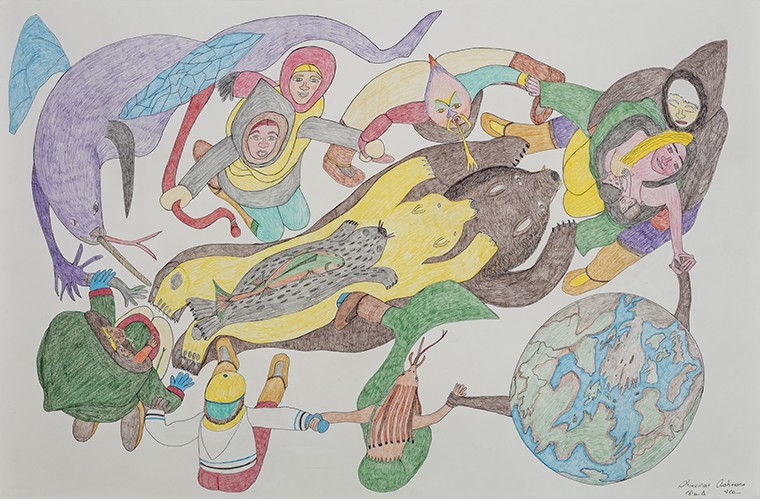 The Power Plant Contemporary Art Gallery in Toronto organized and circulated this exhibition, and Nancy Campbell, assisted by Justine Kohleal, curated it. The exhibition’s opening will take place Wednesday, October 30, from 5:30 to 7:30 p.m.

Mapping Worlds presents a selection of works on paper produced by Shuvinai Ashoona over the past two decades.

Though many of her early drawings depict daily life in Kinngait (formerly Cape Dorset), Nunavut, continuing an artistic tradition begun by the artist’s grandmother Pitseolak Ashoona (1908–1983) and first cousin Annie Pootoogook (1969 – 2016), Shuvinai Ashoona is best known for developing a personal iconography with imagery ranging from closely observed naturalistic scenes of her Arctic home to monstrous and fantastical visions.

This personal iconography, consisting of human-animal hybrid creatures, women birthing worlds and barren landscapes that appear to be post-apocalyptic even though they are inspired by the terrain of her northern home, project the past and present into an otherworldly, almost prophetic future.

And, unlike many settler visions of times to come — which focus on violent clashes between humans and nature, humans and other humans, or humans and otherworldly ‘invaders’ — Shuvinai Ashoona’s earthly and extraterrestrial worlds exist within a kinder intergalactic future. 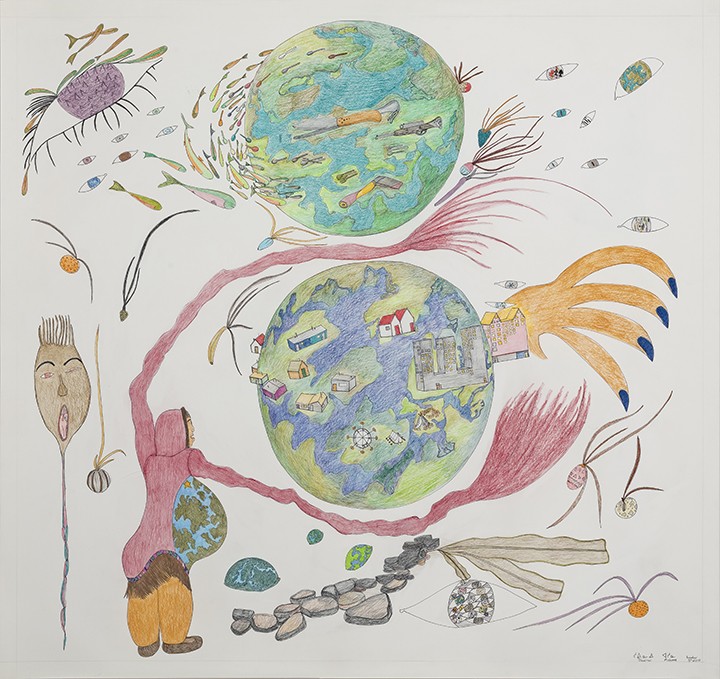