Hydro-Québec: Focused on the future since 1944

The event is free but attendees must register 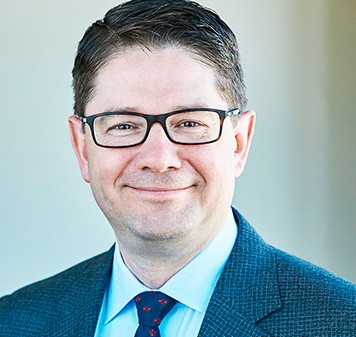 We invite you to join us for an exclusive opportunity to hear Mr. Éric Martel, President and Chief Executive Officer of Hydro-Québec, discuss his background, view of leadership, philanthropic implications and work as CEO of Hydro-Québec.

Éric Martel took office as President and Chief Executive Officer of Hydro-Québec in 2015. From 2002 to 2015, he held a number of management positions at Bombardier, including President of the Avions d’affaires and Services à la clientele divisions. Earlier in his career, he worked for several high-profile multinational corporations, such as Pratt & Whitney, Rolls Royce, Procter & Gamble and Kraft Foods.

Mr. Martel holds a bachelor’s degree in electrical engineering from Laval University and is a member of the Ordre des ingénieurs du Québec. He chairs the Electricity Industry community of the World Economic Forum (WEF) and is a member of the Stewardship Board of the WEF’s System Initiative on Shaping the Energy of the Future. He also sits on the board of the Global Sustainable Electricity Partnership.

Éric Martel has been actively involved with Centraide of Greater Montreal for over 20 years and is co-chair of its 2019 campaign. He also co-chairs the fund-raising campaign of the Fondation de l’Institut universitaire en santé mentale de Montréal and sits on the board of Robotique FIRST Québec.