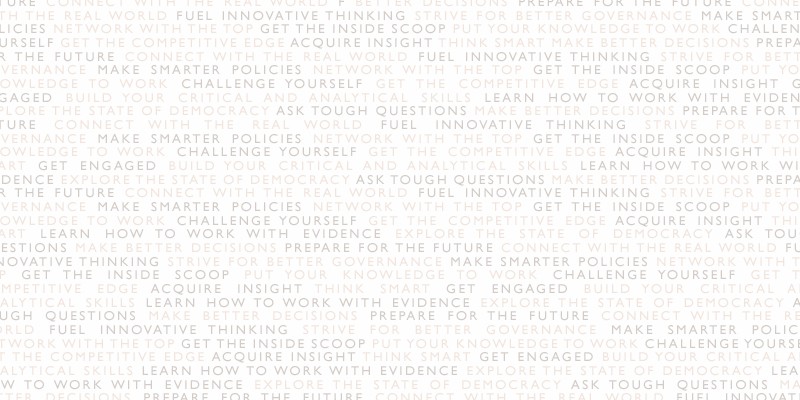 America is facing a reality today unlike any it has ever seen in the past. Tensions and divisions are at an all-time high and polarization between groups on two ends of a spectrum between far left and far right are challenging the very essence of American democracy, and arguably democracies the world over. This polarization at its core is not just one between partisans on opposite sides, but also a battle between two extreme worldviews that are so profoundly entrenched and unwavering that Americans find themselves required to pick one extreme side or the other. Disagreement between these groups is so stark that members of each camp do not simply disagree on how to solve big societal problems but rather, what constitutes a problem for American society in the first place.

For the first time in history, worldview and partisanship align so closely that differences seem nearly irreconcilable and any party or leader wishing to endeavor to bring the two sides together, faces significant and possibly insurmountable challenges. To better comprehend and in turn tackle these differences, it has become crucial to fully understand the psychological drivers that underlie these extremes. In their work, Marc Hetherington and Jonathan Weiler have done just this. In doing so, they have also laid out a roadmap that begins to simplify a very complex problem and provides insights that may help to better understand and tackle the challenges that modern democracies will face going forward into the future.

In this workshop, Dr. Marc Hetherington will take participants through the important research that he has conducted on political polarization in America. He will explore the rationale for why a proper understanding of personality and worldview are so important to properly comprehend the polarization that has emerged. He will dig into the findings that led to the unique characterization of worldviews into two extremes - “fixed” vs. “fluid”, and he will elaborate on the indicators that will help social scientists to better tap these worldviews, better understand the psychology that is driving division in America, how these divisions are being manipulated by politicians and, ultimately, how we might begin to steer society away from further descent into even greater polarization and authoritarianism.