I am a scientist and I play one on TV:
Lessons learned from my unconventional career 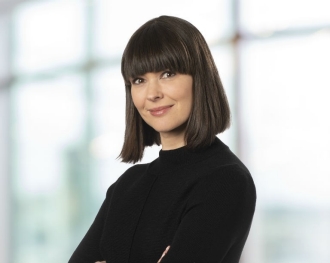 For the past 15 years, Jennifer Gardy has been a working scientist who enjoys a healthy side career in science communication and science journalism. Wearing both hats has taught her that honing science communication skills pays enormous dividends in a scientific life. In this talk, she’ll walk through her unusual career path, and share how the lessons she’s learned as a communicator have improved the way she approaches her scientific research practice.

A reception will follow the talk, where light food and refreshments will be served.

Registration is mandatory to attend this event.

Jennifer Gardy joined the Bill and Melinda Gates Foundation’s malaria team as the deputy director of Surveillance, Data and Epidemiology in February 2019. Before that, she spent 10 years at the BC Centre for Disease Control and the University of British Columbia’s School of Population and Public Health, where she held the Canada Research Chair in Public Health Genomics.

Her research focused on the use of genomics as a tool to understand pathogen transmission, and incorporated techniques drawn from genomics, bioinformatics, modelling, information visualization and the social sciences. In 2018, BC Business Magazine named Gardy one of British Columbia’s Most Influential Women in STEM. The Government of Canada also named her as one of the country’s 20 Women of Impact in STEM.

In addition to her science work, Gardy is also an award-winning science communicator, hosting many episodes of CBC Television’s The Nature of Things, guest hosting Discovery Channel Canada’s nightly science newsmagazine Daily Planet, as well as authoring science books for children, including a new book to be released in 2020.