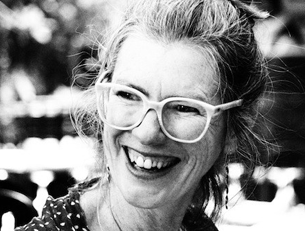 Concordia’s Writers Read and the Department of English present Lisa Robertson in conversation with Sina Queyras.

Lisa Robertson is a Canadian poet and essayist currently living in France. Born in Toronto in 1961, she was a long-time resident of Vancouver, where in the early 90s she began writing, publishing and collaborating in a community of artists and poets that included Artspeak Gallery and The Kootenay School of Writing. In 2017, the Emily Carr University of Art and Design awarded Robertson an honorary doctorate in letters.

In 2018, the Foundation for the Contemporary Arts in New York awarded her the inaugural CD Wright Award in Poetry. She has taught at Cambridge University; Princeton University; the University of California, Berkeley; the California College of the Arts; the Piet Zwart Institute; the Jack Kerouac School of Disembodied Poetics; and the American University of Paris. She also holds research and residency positions at institutions across Canada, the United States and Europe.

Sina Queyras is a poet and senior lecturer in Concordia's Department of English. She has been the director of Writers Read since 2011.